By using and browsing our websites, you consent to cookies being used in accordance with our policy. If you do not consent, you must disable cookies or refrain from using the site. Ok
Home GRUBBY FREE: BIG PIKE CANDY

When you start seriously targeting specimen pike, 2 things are essential. First of all: dedication, you can send hours if not days without getting a single bite. Secondly, 100% faith in your tackle as the slightest weakness will kill any chance of catching that dream fish. In order to maximize my chances, my choice combo for this style of fishing is the YURAI C 195-XH+ (30-80g) rod, the BCR 400 HD reel spooled with 0.20 COLOR BRAID and a 0.80 SPECIALIST HARD MONO leader. As I’ll be fishing for big pike, 2 lures from the Gunki range have my favours for this session: the 20cm Pike G’BUMP and the 17cm Orange Chart Belly GRUBY FREE. 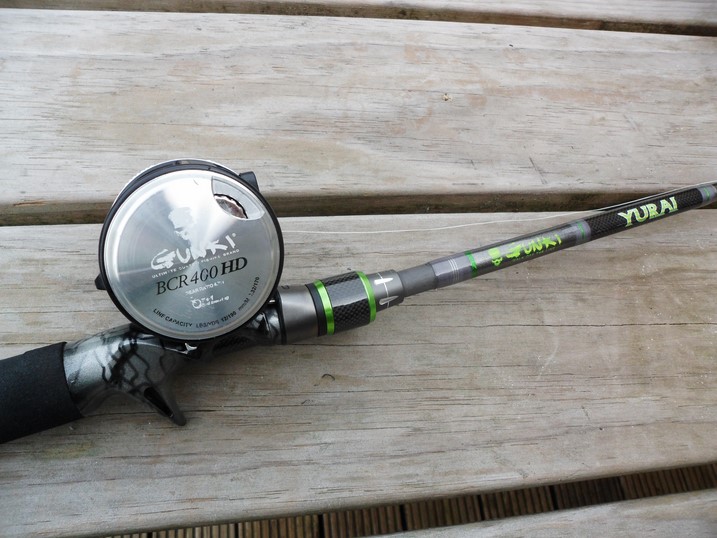 Things didn’t look bright as we started the day. We met a few other anglers on the way to the first spot and no one had seen a pike, let alone caught one. It was to be no different for us as we blanked spot after spot. Apart from 2 small followers, we didn’t see scale or fin.

A bit further on, as I cast towards some reeds, I saw something move and a nice size pike followed my G’BUMP right up to the boat before turning tail and heading back to its lair. On the second cast, he did exactly the same, apart from it would be the last we’d see of him. Sadly, the fish really weren’t active and I might just had miss the only fish of the session. Time to change lure, I switched to the GRUBY FREE. Pike don’t get to specimen size by chance, you just have to be wiser than them! The GRUBY FREE is the ideal lure to fish big pike as even on the slowest retrieves its tail moves producing enticing vibrations. Slowing down can be the key to getting those educated fish to bite. Its low and central centre of gravity gives it incomparable stability regardless of how you use it. This unique position enables it to run at a constant depth, a bit like the bill of a minnow does, this means that it’s really easy to use “cranking-shad” style and fish thoroughly the whole water column. 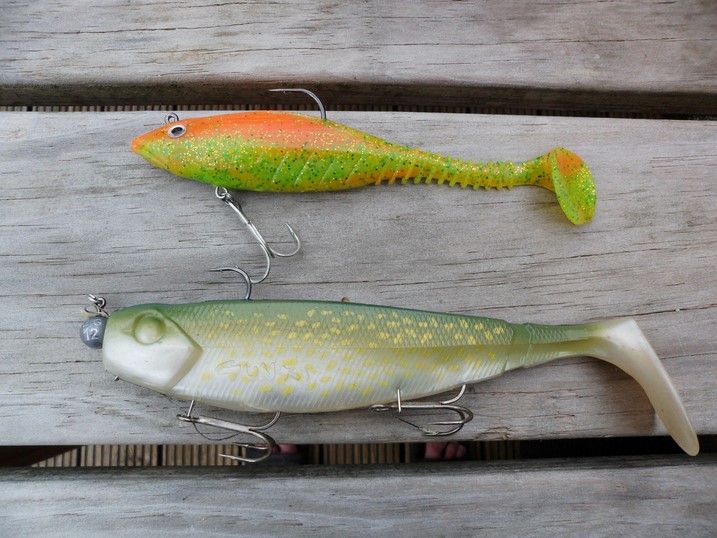 With the ramp in sight and less than 50m left to fish, I positioned the boat for the last drift. I multiplied the casts, methodically fishing the whole area from top to bottom. On the last cast, as I was following the bottom, I received the best birthday present I could have wished for. As I guided the GRUBY FREE up a drop-off, going from 3 to 1 meters of depth, something gave it a tiny bite… the strike that I gave it was anything but tiny! The fish that had taken my lure did not move at all, instantly I knew it was big and warned my mate. It’s at times like that when team work really kicks in, in less time than it takes to say it, both motors were up and the landing net ready. The fight could now take place in the best conditions, well almost.

First rush and the fish headed straight under the boat. Combined with the fact that the wind was pushing us along at a fast rate I just couldn’t get the upper hand. Round 1 went to the pike! As it broke the surface for the first time, my mate, Jean Michel, said “take it easy, take it very easy…”. Judging by the way he had turned pale and despite years of fishing together, he had never said anything like that before. I just knew that I had a specimen, the fish of a lifetime at the end of my line. After an epic rush of over 20 meters, at last I managed to turn things to my advantage and some mad head shakes and a few smaller rushes later, it finally slid into the net. A massive double “YES” echoed across the water, I had my dream fish, a fish of a lifetime! It’s such a great feeling when you have a plan, stick to it and everything goes like clockwork. Sure, we didn’t catch 15 pike, but when you’re specimen fishing, it’s the price to pay.

After a few photos, the monstrous 120cm of muscle swam away to gain a few extra cm and make another anglers dream come true, No Release, No Glory! Thanks GRUBY FREE, thanks for the birthday present and thanks for such a beautiful fish.