By using and browsing our websites, you consent to cookies being used in accordance with our policy. If you do not consent, you must disable cookies or refrain from using the site. Ok
Home PERCH WITH STYLE

The days are getting longer, the sun shines brighter, the air temperature is rising up to 20°C and the water is warming up slowly but surely. My favourite fish, the perch, simply our most beautiful predator and which gives such fun to try and outsmart, is just waiting to be caught. By the end of April I had been able to go out and fish for them a few times. Not all the perch had ended spawning yet, which was obvious judging by the number of fish we caught. The lures had to be fished slower, as the perch would not react to fast style animations. 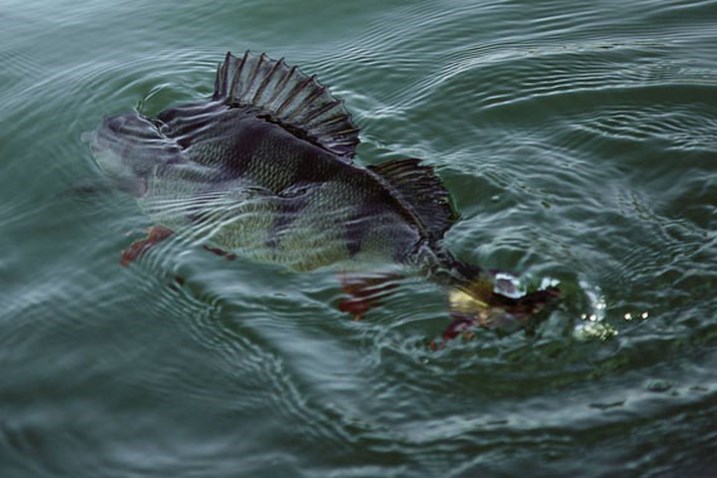 The rod I use is the Gunki Shigeki S 210 M/ML, with a 0.08 Slide Braid Hyper PE and an ICE fluorocarbon leader. The Shigeki is a very sensitive rod and you can feel the smallest of bites. As the perch had shoaled up rather deep, almost on the bottom, I used a 10g jig and the Grubby shad 6cm. It didn’t take long before the first bite shook the rod... “Yes, I got it !”.

A beautiful 43cm long perch showed up and herewith the Shigeki was christened! 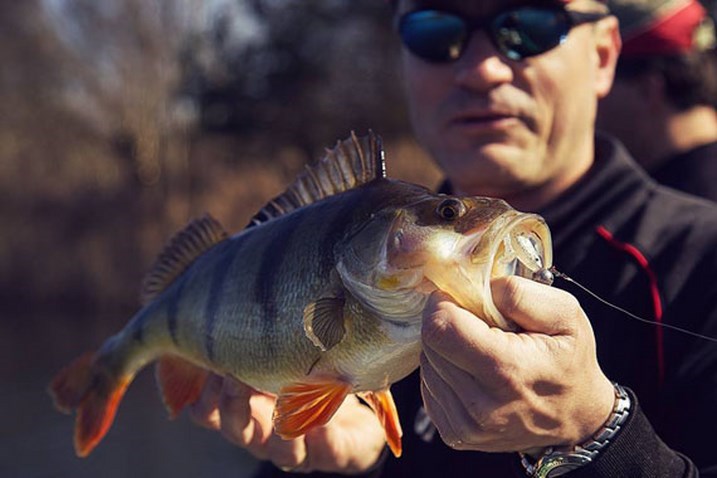 The results of the following days proved that they had not finished spawning, the big perch, seemed to have vanished but we still caught a lot of perch between 18 and 30 cm. 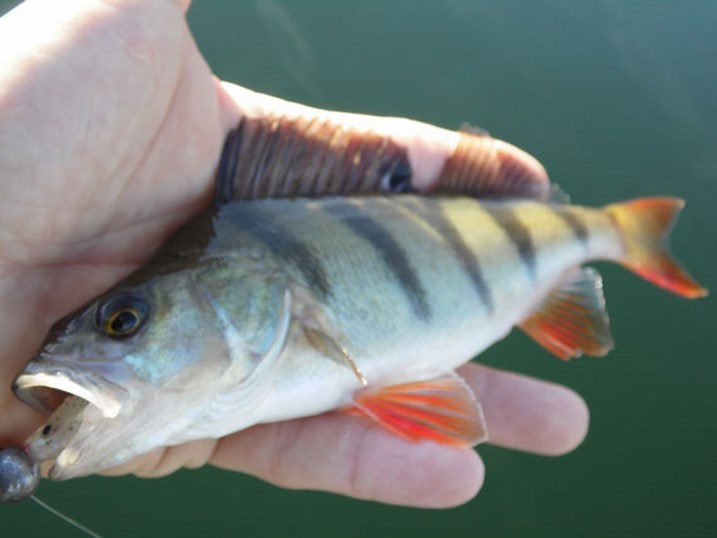 As it was still the closed season for zander, we decided not to use the bigger 3,3” Grubby shad. This is a really good size for big perch, but we did not want to risk catching a zander on its spawning grounds. We chose instead to use the 2,4” Grubby shad drop shotting with either a 5 or 10g weight, with a straight jig head or rigged  jika style... depending on the activity, all methods caught quite a few perch. 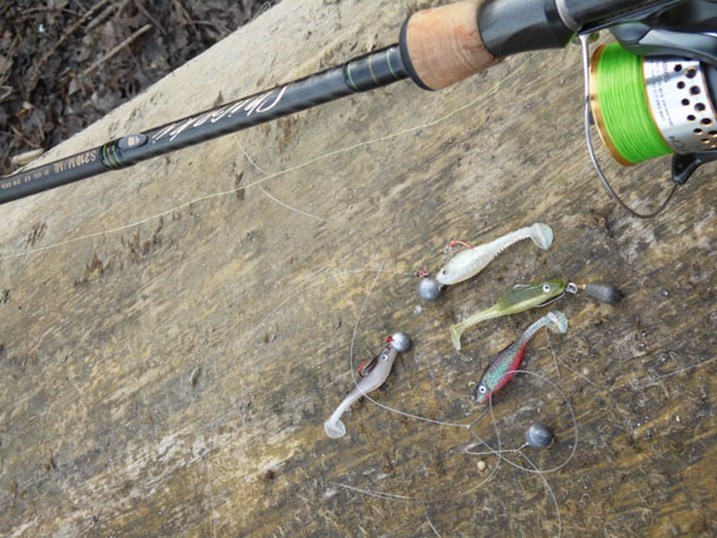 Even from the bank the Shigeki 210 M/ML does a great job. You can cast lures to incredible distances and it is the perfect balance between sensitivity and lure control, just what you need to have loads of fun catching perch. 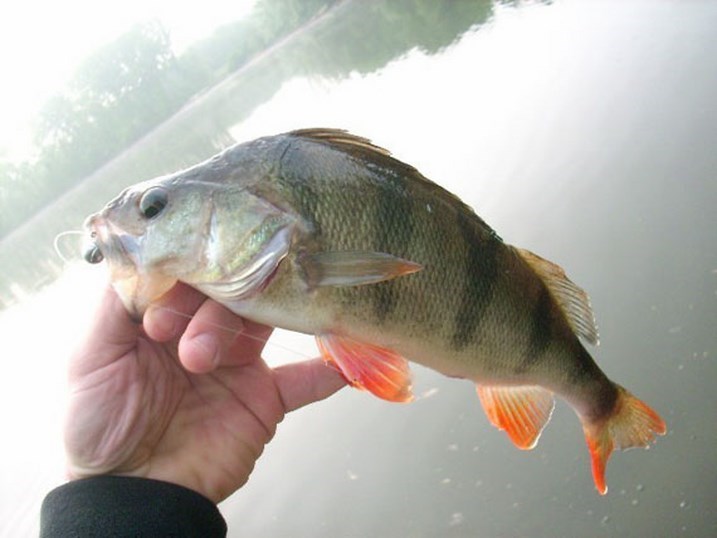 Between the groynes on the river Rhine the smaller perch had moved into their usual spots  and were waiting for the bait fish to show up. 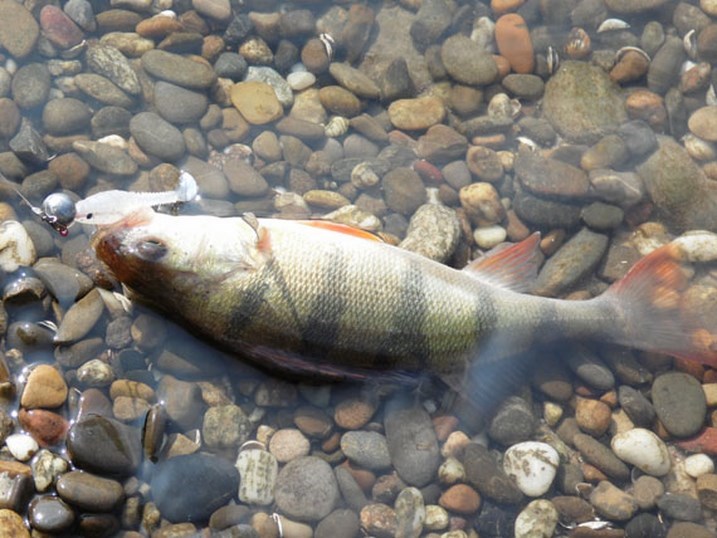 The small 2,4” Grubby shad is the ideal size for the prickly predators, as they start chasing the emerging spawn and other small fry. It was a just a matter of waiting for the bigger perch to finish spawning and start making their insane raids again, and upstream it looked like this was just about to happen.

So there is only one thing to do: stay on the water!