By using and browsing our websites, you consent to cookies being used in accordance with our policy. If you do not consent, you must disable cookies or refrain from using the site. Ok
Home FOCUS ON THE GIGAN 39

FOCUS ON THE GIGAN 39

For this session I decided to target trout and perch on soft bait, it’s Gunki Grubby Shad time! Ok after a few casts I get cut off by a small pike and the same jack will steal my lure on the next cast…as usual nothing ever goes as planned!

On the next spot a fish follows my lure, for a second I take it for another jack, but as it turns, I see that it’s in fact a rainbow trout that goes and settles in front of a big rock. 3 casts later and she’s on the end of my line, not really fat but long, 45-50cm, not in great shape, with multiple wounds and definitely not a wild fish.

I prefer not to take a photo as I want to release her as soon as possible, working on the basis that even if in poor shape; the fish is still trying to feed so it might have a chance. 15 days later I caught her again and all but one of the wounds had completely healed, this time I measured her, 48 cm, and took her photo, hey this could be fun if it became a long term relationship! 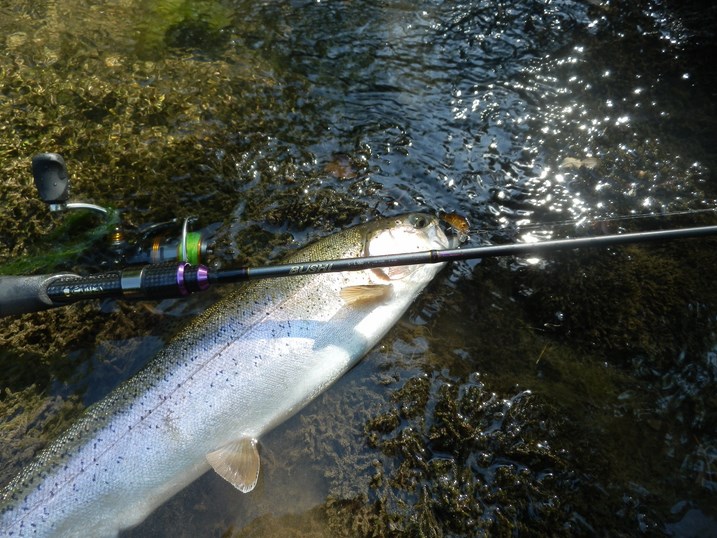 Back to the session of the day, I continue using my trump lure, the Gunki Grubby Shad, but to no avail, which I must say is quite surprising, the perch follow but just won’t take the lure.

Last year I had come across exactly the same situation and had saved the day thanks to the Gunki Gamera 50SP.

So hoping that the same will be true today I switch to a small crankbait, the Gunki Gigan 39F Metallic Minnow. I pair it with the Gunki Bushi S180L rod, a Luxor ZG reel and the 0.08mm Slide Braid. This is my long distance sharp shooting combo!

I continue fishing the different zones of the river: pools, rapids… trying to locate the fish and at the same time confirm my choice of lure. In the middle of a strong current I hook into something, it’s a fish for sure but what I took at start for a trout turns out to be a nice perch of 35cm.

With an hour left fishing, it’s time to confirm the pattern of the day by catching a few more fish! Quite a few fish later, the Gunki Gigan 39F Metallic Minnow is without doubt THE lure of the day!

Even on small fish, the Gunki Bushi S180L rod is just plain fun! 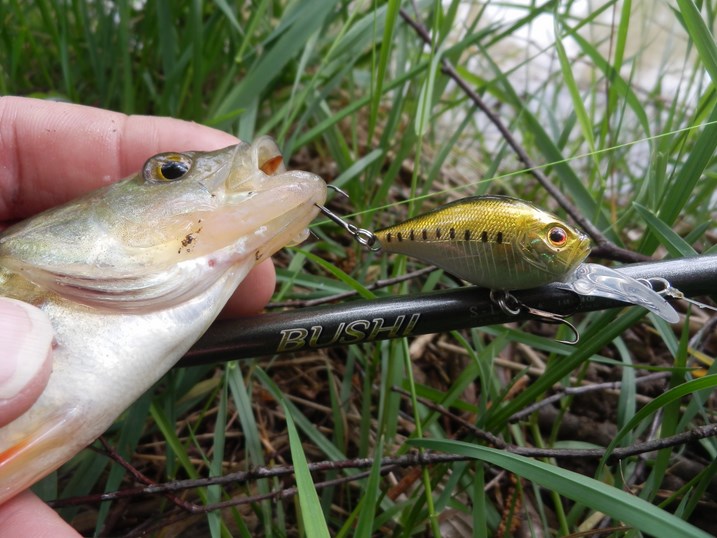 So if the perch don’t want to play and soft baits aren’t the flavor of the day, give the Gunki Gigan 39F Metallic Minnow a try. 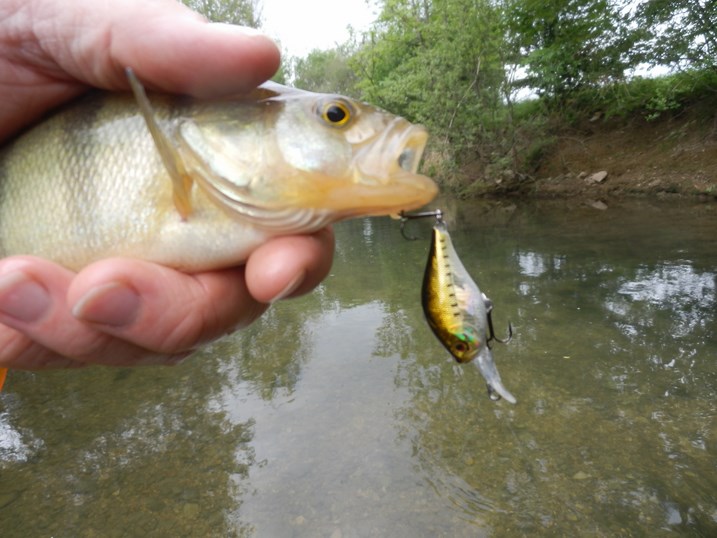