By using and browsing our websites, you consent to cookies being used in accordance with our policy. If you do not consent, you must disable cookies or refrain from using the site. Ok
Home THE ITOKA, A PIKE MUST HAVE

THE ITOKA, A PIKE MUST HAVE

If like myself you target pike in shallow waters, then the GUNKI ITOKA is just what you need! In this article I will go over how and where I use this lure depending on the conditions.

During the summer, as I arrived at one of my favourite lakes, I discovered that the level had dropped 50 to 70 cm... exit any lure that dived to more than 1 metre 30! As I prepared my belly boat and removed half of the lures that I had planned to use from my boxes, a 155F Rainbow Minnow Itoka caught my eye! Just the perfect lure for this venue and my YURAI S-210 H 10-35gr and  THG FV 2500 reel combo!

After casting a couple of times over some weeds, the specific S swimming action of the lure triggered a reaction. Suddenly a pike shot out from under the weeds and violently grabbed my lure. The scrap that followed was a real hard one as all the fish wanted to do was to dive back into his lair. After a good dose of jumps and head butts, it at last slid into the safety of my Gunki FLOAT-GM landing net. Mr Pike was not happy in the least, but after a quick kiss on the nose, he swam back down to where he belonged. A few casts later, his smaller brother also fell for this special lure. Not as big but, what fun to see the fish attack your lure just a few metres from your palms!

A few days later it was again from the a belly boat that I had decided to fish for my favourite species. This time I chose the Itoka 125 S as I was to fish in less than a metre of water. It was above a large pile of branches that the action was to take place. After a few casts, a powerful pike of 80 cm swallowed my lure in an impressive splash! The fight was epic and my gear was put to the test as I had to counter the fish asit tried to swim back to its hiding place. Later on I caught 3 other pike, and even though I tried quite a few other lures, it was the Itoka that got them to bite. This lure has become one of my all time favourites when targeting pike. Even on pressured venues, this lures just gets those green monsters to attack. 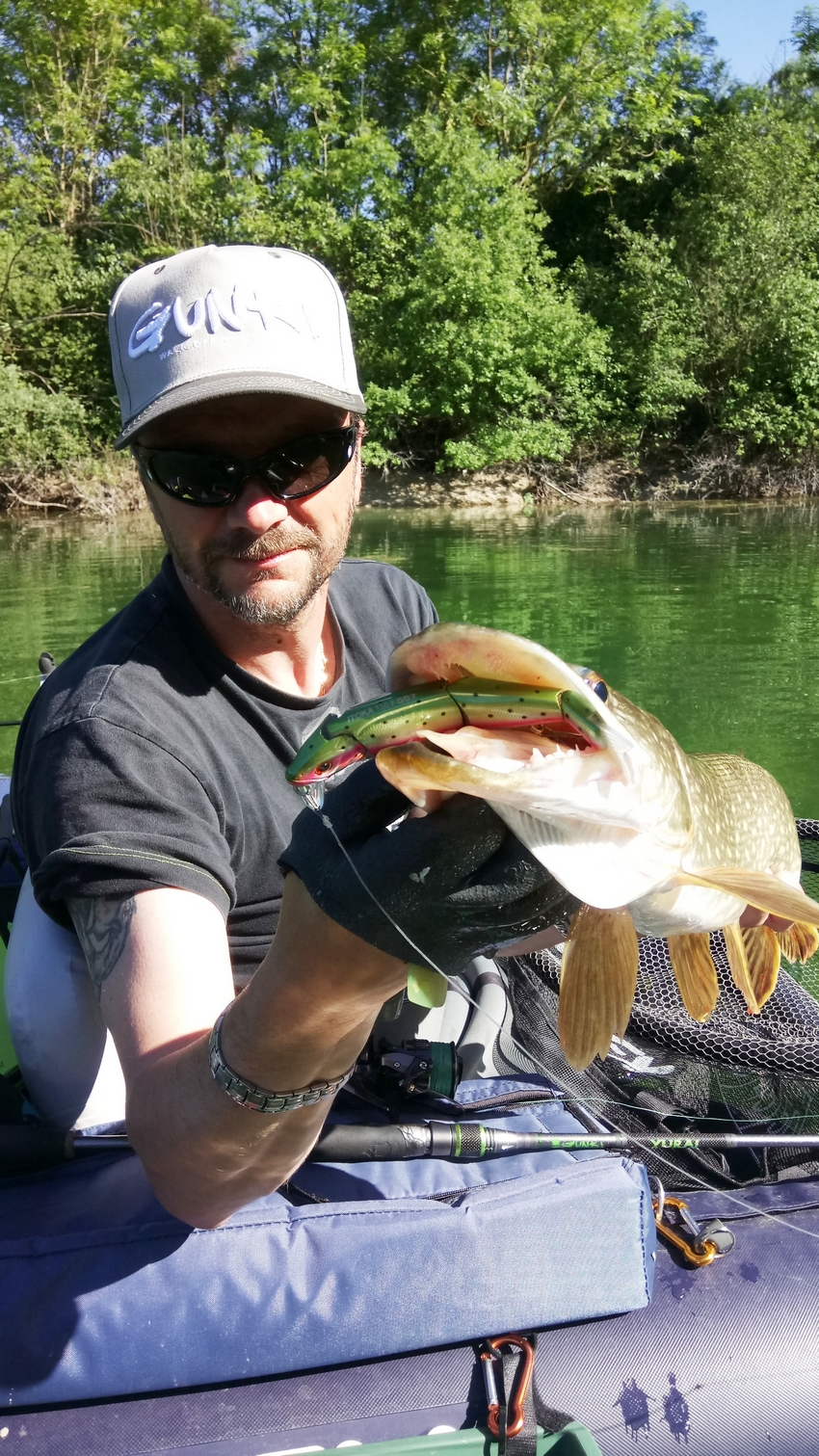 The 125 S Itoka, the sinking version

I must admit that I have a slight preference for the sinking version, the 125 S. It is a great all round catcher, pike of course, but also perch, zander and black bass. Just give the Itoka a go next time the fish do not react to your other lures. It casts really well, and once it hits the surface, let it sink a bit before giving it a couple of twitches which will make it flash its flanks like crazy. Keep your eyes open, as this is precisely the moment when pike are likely to attack! Then all you have to do is to reel it in to make it swim with a super sexy S motion action. Try a pause every now and then, and start retrieving again with a little jerk of your rod tip. It is a fun lure to work as you can fish it in so many ways and in so many conditions. What is more, the pike really tend to hammer this lure, not good for the heart but what an adrenaline shot! 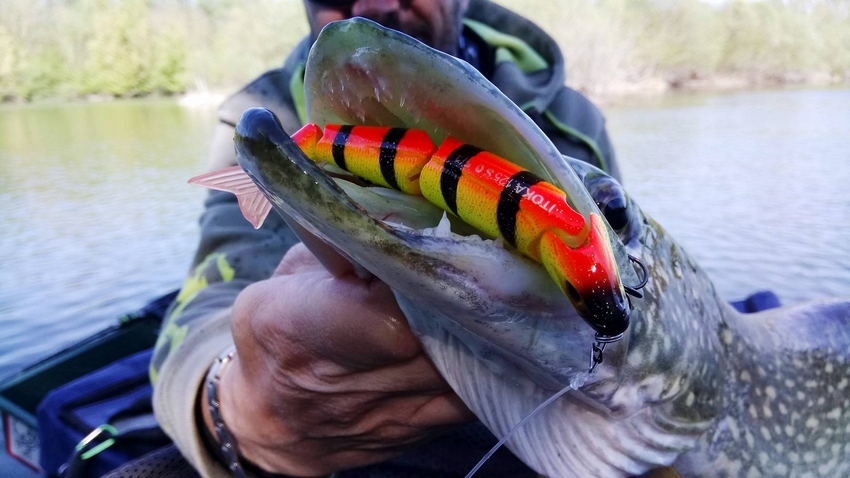 The best place for an Itoka to be!

So, if like me, you fish in spots where the predators have already seen tons of lures, give the Itoka a try, believe me, it will be worth it! Be it in the floating, the sinking or the big bait version, there is just the one you need. 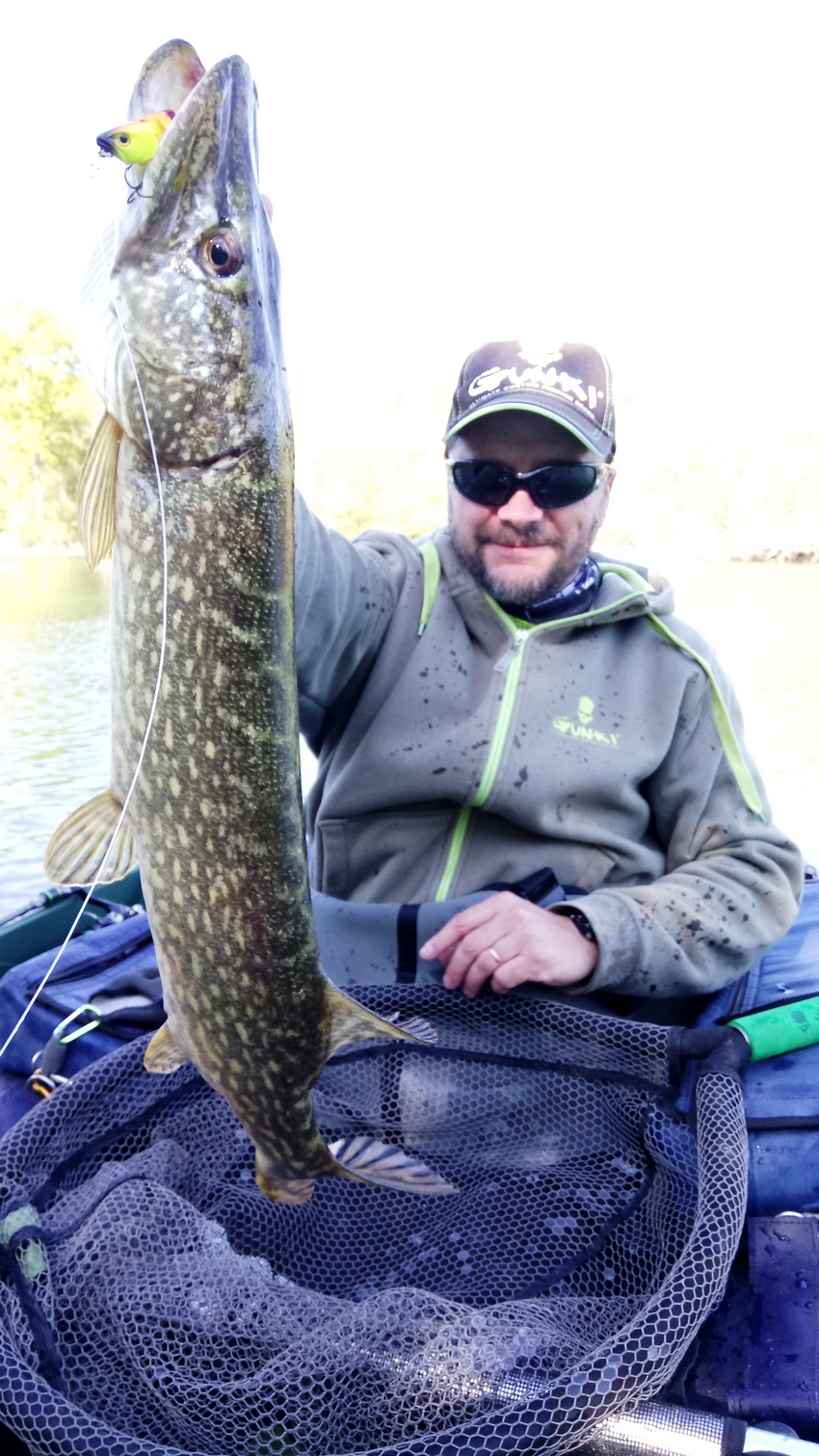 Pike, Itoka and I, we get on really well together!

Check it out on our web site by clicking here: Gunki Itoka, and if you are already familiar with this awesome lure, it is time to discover the new colour range for 2018!