By using and browsing our websites, you consent to cookies being used in accordance with our policy. If you do not consent, you must disable cookies or refrain from using the site. Ok
Home GUNKI MOTHRA, AN AWESOME LONGBILL

The MOTHRA range is a series of "longbill minnows". When compared to a jerk minnow they have roughly the same style of shape, but thanks to the longer bill, they dive deeper. They also tend to be less inclined to dart sideways when jerked.

The MOTHRA range, they will dive from 1 to 2m50 of depth.

In this GUNKI hard lure range, you will find the MOTHRA 60, which is a suspending version, and the MOTHRA 75 and 90 which are floating versions. Thanks to these three sizes, you will always have just the right one ! Their action is a mix in-between a powerful wobbling and a tight rolling action. Here is a little trick that I use when fishing is hard : the "kick back" action. It simply means that you can work the lure on the spot, make it flick its "tail" and even slide a few centimetres backwards! Ideal to get a following fish to bite!

It was on the last day of the trout season that this lure was to become one of my favourite ones. This particular venue, even if classed as a trout river, also holds a good population of perch. But this year the fishing turned out to be way more difficult than expected. In the first one hour and a half I had only lost one perch on a GUNKI JUNGLE! It was definitely time to change tactics and swap from a soft to a hard lure. I tied on a MOTHRA 75 and cast along a fallen branch, after less than a meter a perch shot out from under it and missed my lure. I gave the lure a small twitch and paused. The perch shot back out and grabbed my MOTHRA. It was not massive, but it enable me to understand that the fish were not very active and that you had to create a bit of disturbance to get them to react. 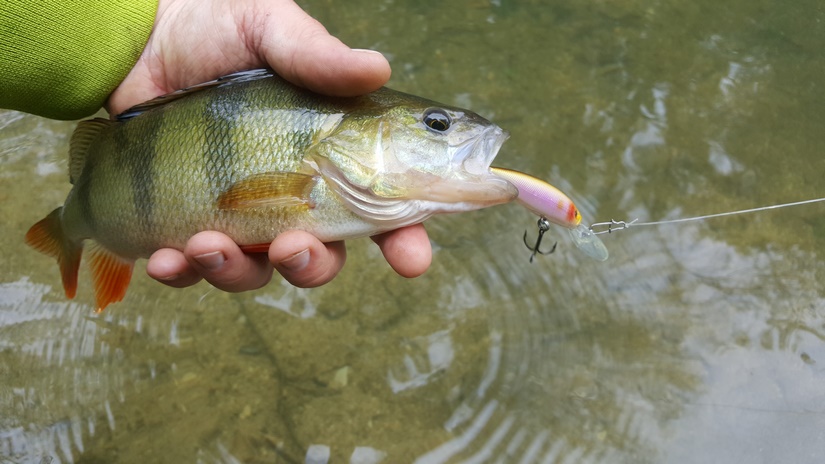 Make some noise to get them to bite.

After having covered the whole zone without a single bite, I swapped to a MOTHRA 90. First cast and I hooked a small perch! 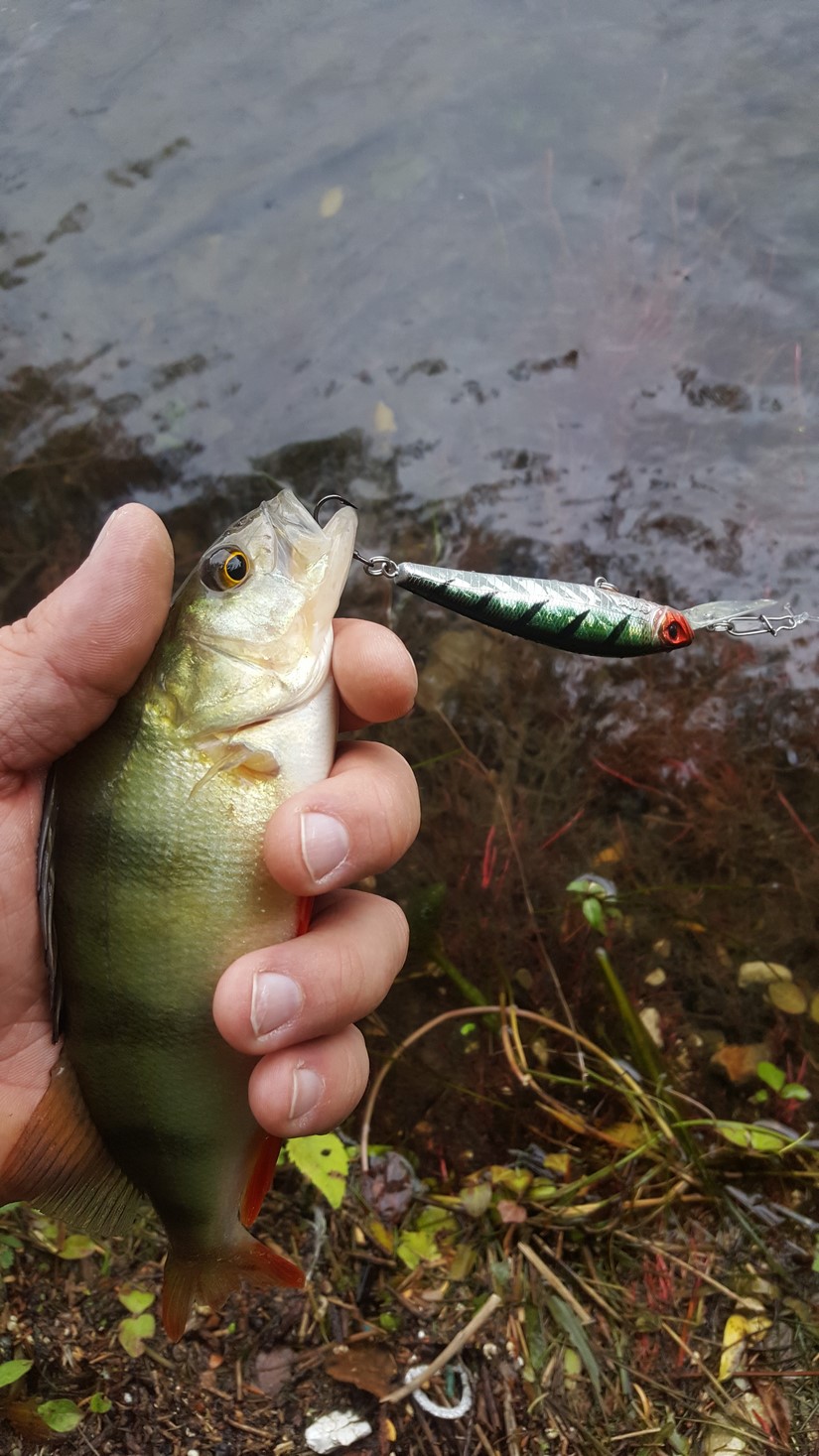 Some days cannibalism can be the key.

A bit further on I caught a small pike and the "pattern" of the day became more precise. On the next spot, as my lure was almost at my feet I spotted a perch following it. It was a massive, fat fish, especially for this venue! I stopped reeling, twitched the lure with my line slightly slack, watched as my lure "kicked back" and the perch instantly react by attacking! 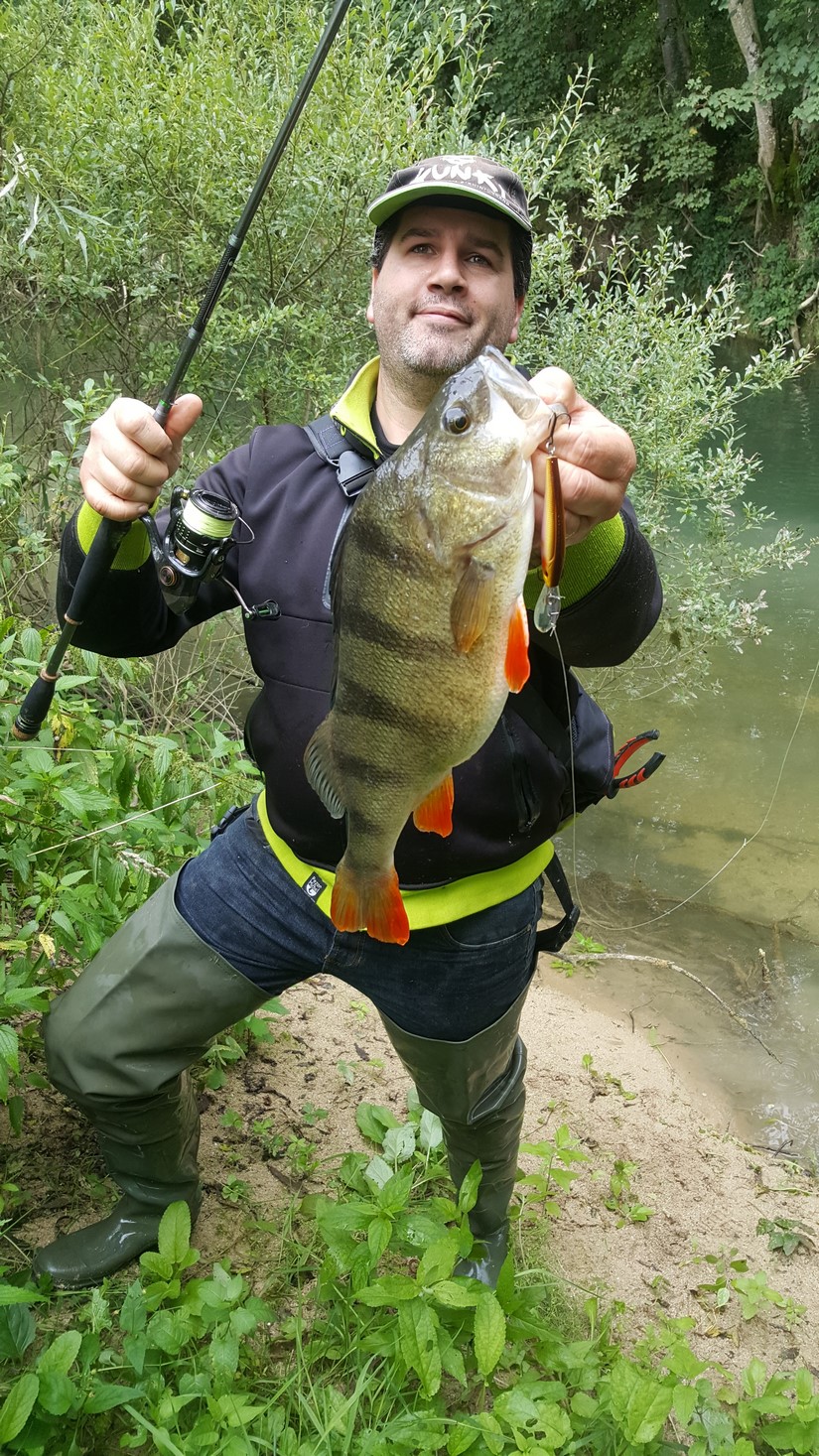 YURAI S-210H rod and THG 2500 reel, the perfect combo to fish with the MOTHRA range.

I then decided to give the lure the ultimate test! To fish after my brother had already prospected every square centimetre of a spot. After three casts and some aggressive animations, the vibrations of my lure enabled me to hook another nice perch. Even if it was not as fat as the last one, it was almost as long. 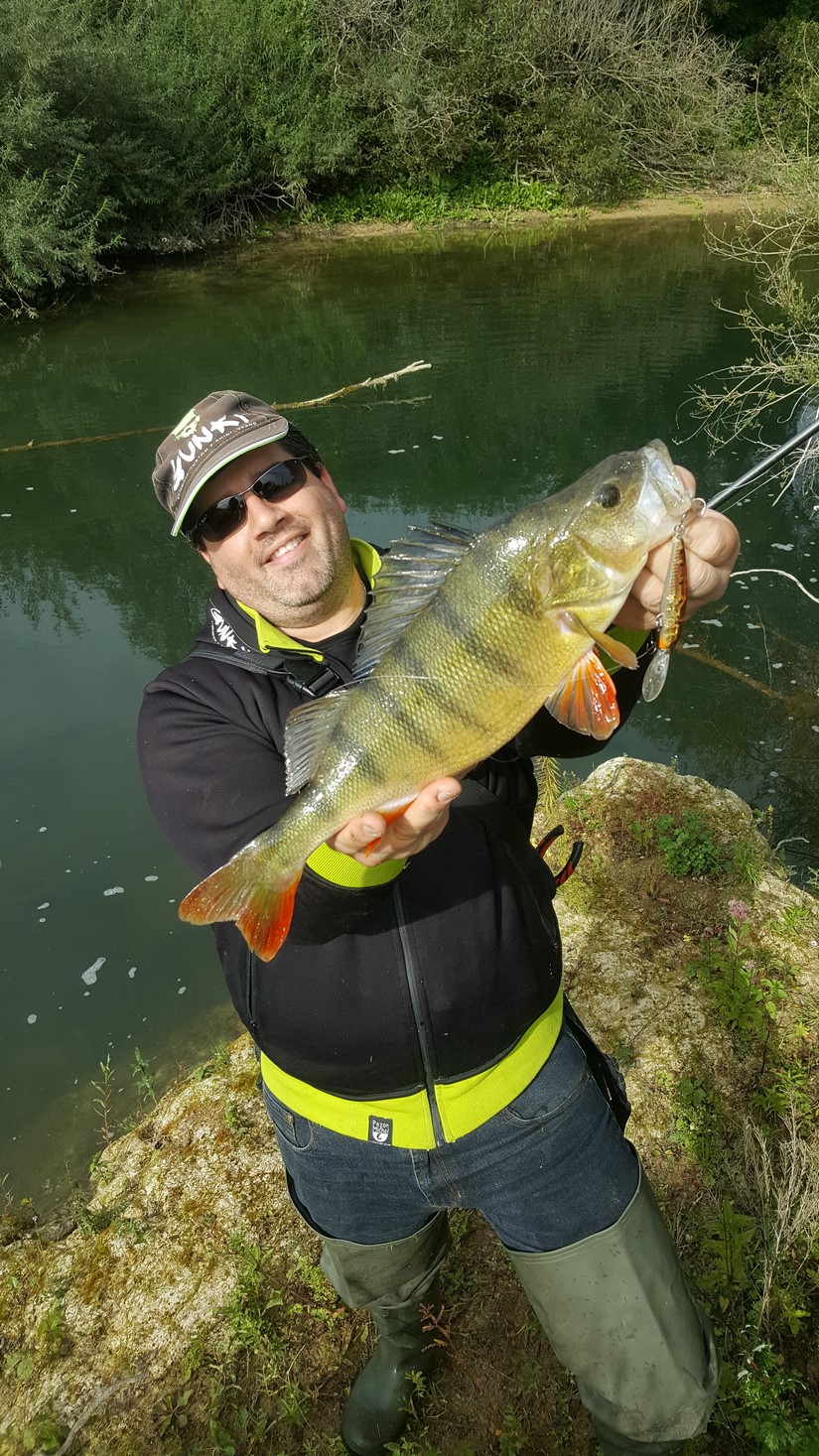 A nice 41cm perch caught on the GUNKI MOTHRA

What a session on a river where I had never caught a perch of more than 38 centimetres. Thanks to the MOTHRA I had caught two of over 40! When the fishing is hard, it really pays to try lures that you do not usually fish with. Now I have a new favourite big perch lure!