By using and browsing our websites, you consent to cookies being used in accordance with our policy. If you do not consent, you must disable cookies or refrain from using the site. Ok
Home A GUNKI CLIPPER FOR A RECORD PIKE

A GUNKI CLIPPER FOR A RECORD PIKE

With a good friend Cédric we had decided to go fishing in a small lake that I hadn't fished for a while in the Netherlands. The session started in a thick fog and we spent a while just searching for spots where bait fish had gathered. Little did I know that just below, a giant was waiting for me!

We managed at last to find a zone that held a good density of fish and after having marked the area on the fish finder it was time to fish. I started with the GUNKI YURAI S-190MH rod paired with GUNKI FG FV 150 reel, spooled with 0.08 SLIDE BRAID, 0.29  FLUORO ICE terminal leader and a Brown Sugar 13cm GUNKI V2RIGGLE rigged on a 14g G'VERTI jig head. It seemed that we had made the right choice, as after only a few minutes, a nice perch was giving furious head butts at the end of my line! 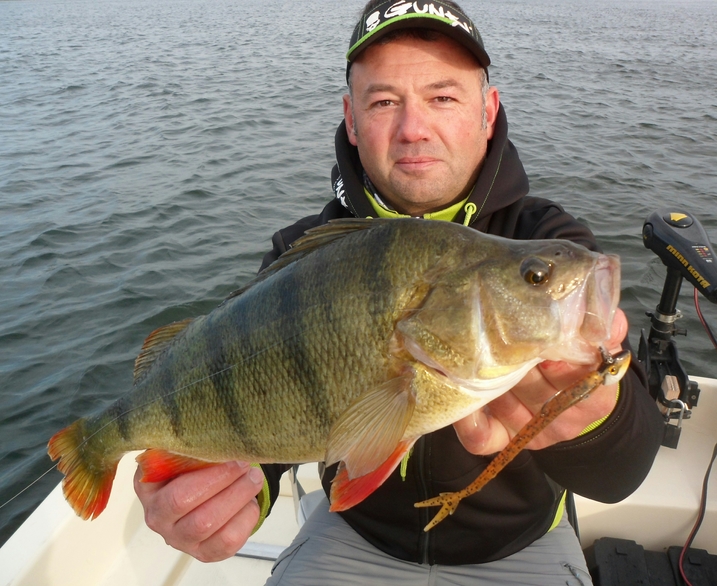 After what seemed like a good start, we spent a long, a very long time without the slightest nibble, so it was time to start searching again! But, after a few unproductive spots, we decided to go back to where we had caught the perch, the only fish of the day so far. Thanks to the waypoint that I had registered on the sonar, finding it was a piece of cake.

As the fishing was hard, I chose to downsize thing a bit. So I kept the same combo but opted for a 8cm White Snow Blue Flake GUNKI CLIPPER. As there wasn't any wind, I rigged it on a 7g G'SLIDE jig head. There were 14 metres of water under the boat but, even with a light jig head, thanks to the gear I was using, I could feel exactly what was happening under the surface.  The idea was to fish every square centimetre of the area as precisely as possible. To do so I opted to fish going backwards, back trolling, with the electric motor and as slowly as possible. For this style of fishing, the GUNKI CLIPPER is just perfect as its hyper mobile grub like tail moves even at the slowest of speeds. 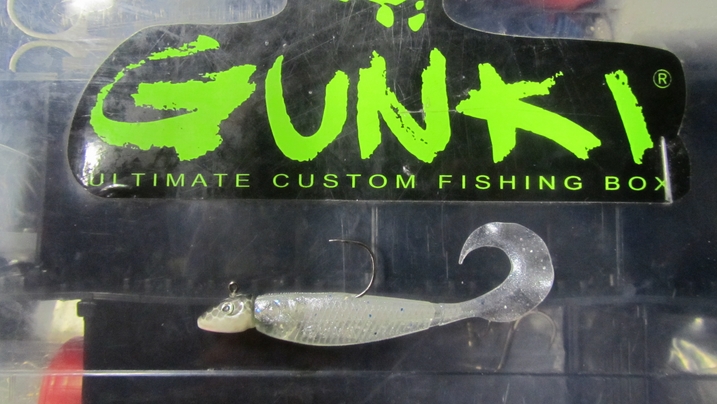 Suddenly, my lure was intercepted by something very heavy and I instantly responded by a hard strike. Straight away I realized that I had hooked a specimen class fish, there was nothing I could do but to follow it as it swam powerfully along the bottom. As the fight got harder I just knew that at the slightest mistake I would lose the monster that was on the end of my line without ever knowing what it was. Slowly but surely I began to get the better of it and after a good 20 minutes of an epic and gruelling fight at last I saw it. It was just the biggest, fattest and meanest looking pike I had ever seen in my whole life! As it dived back, I knew that I hadn't yet won the fight, it took another 5 long minutes to at last be able to slide the giant into the landing net and to start celebrating! What a fish, it was just massive! After a few photos, it was time to see just how big it was...124cm, my new personal pike record! As it swam back down to where it belonged I just hoped that next time we meet, it would be a few centimetres longer!

A big thanks to Cédric for his help to land the monster and for the photos. Thanks also to GUNKI and Jérôme, the brand manager, for the top notch gear that enabled me to catch this beauty.