By using and browsing our websites, you consent to cookies being used in accordance with our policy. If you do not consent, you must disable cookies or refrain from using the site. Ok
Home GUNKI G’BUMP IN SPAIN

For the last 3 years Olivier has been working as a pro guide in Spain, on the Orellana Lake. 3 years during which I had never managed to find the time to go fishing there and like we used to do, have an awesome time and catch fish (well sometimes)...!

At last I had the chance to go; Olivier was at the end of his guiding season and me on holiday... So off to Spain! After a 17 hour bus ride, I found myself sat at a table of Rosa’s restaurant, with a glass, my mate and overlooking the famous Orellana Lake and its 5300ha! Tomorrow it will be linear shad style or jigging over drop-offs, pike beware, we’re on our way! 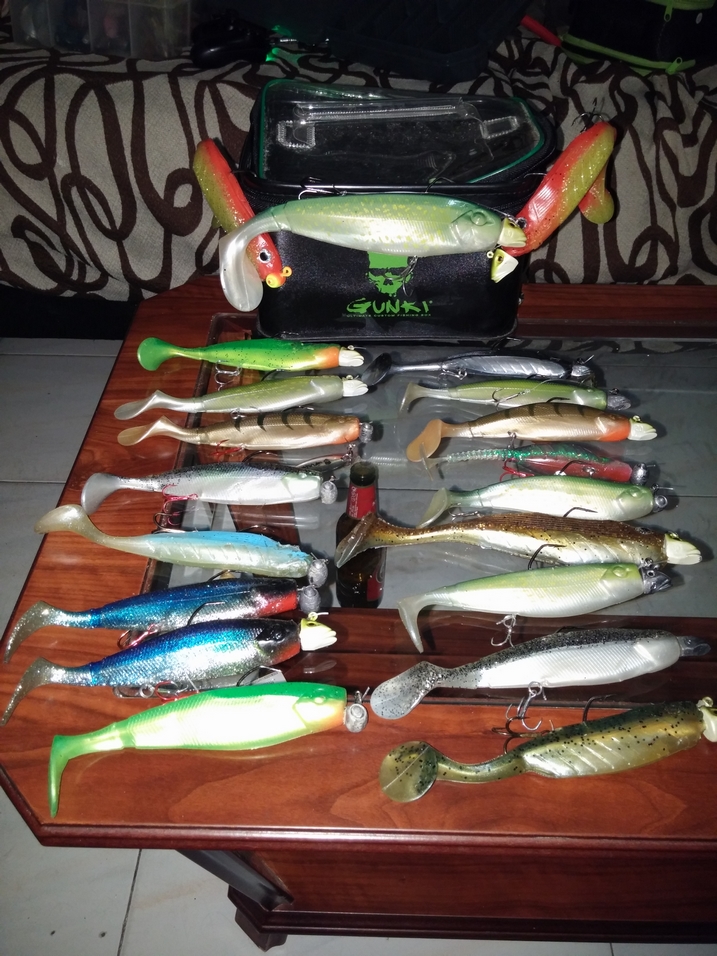 The weapons of the trip: G'BUMP, ROLLER GUN, GRUBBY SHAD rigged on 15 to 30g G'FISH and G'FOOT jig heads.

Fishing at 10 to 20m of depth can seem a bit strange to start with but that’s where the fish are at this time of the year.  You have to get rid of the “margin syndrome” and go and fish the pike right where they are hiding!

After a morning spent fishing, the bites began to get more frequent. We had localized the pike in between 12 and 15m of depth and the 14cm G’BUMP worked its magic. In this size it was not dissimilar to the bleak that swim in enormous shoals in the lake.

Slow linear retrieval punctuated with short stops was the animation that made the cut, the G’BUMP’s paddle doing the rest. Its vibration is so powerful, that even fished in 20m of water, you can still feel its insane rubble in your rod. If ever this vibration stops, strike as hard as you can for Mr Pike has just swallowed your lure!

In between 2 jokes, we caught a few pike, all around 75-85cm. Back home the G'BUMP PIKE ADDICT seems to select the biggest specimens, but here well, we were sure that we could do better! 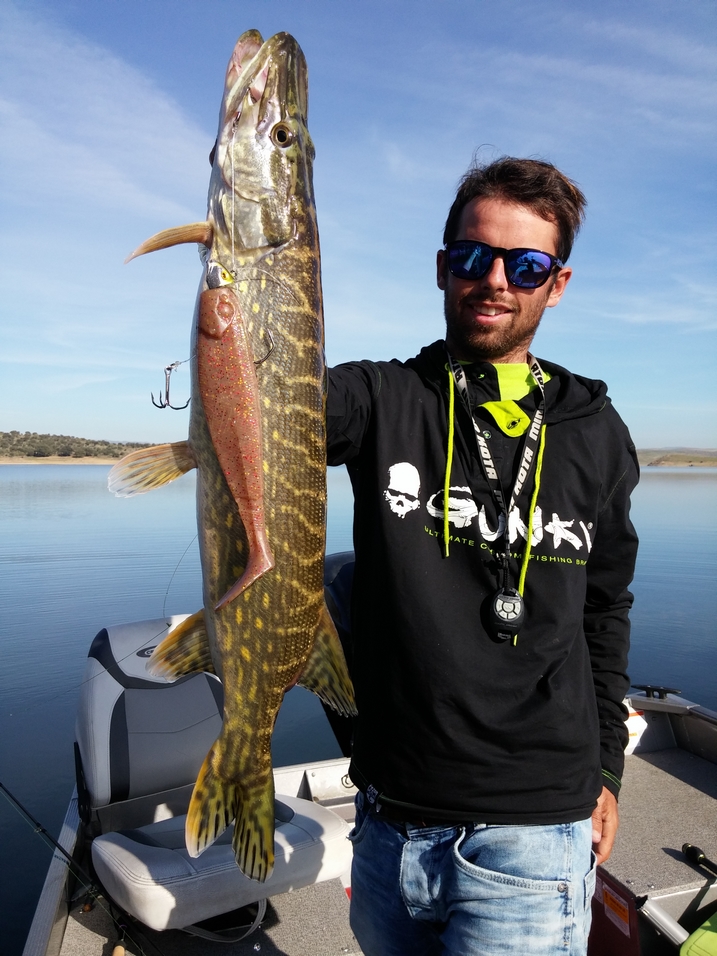 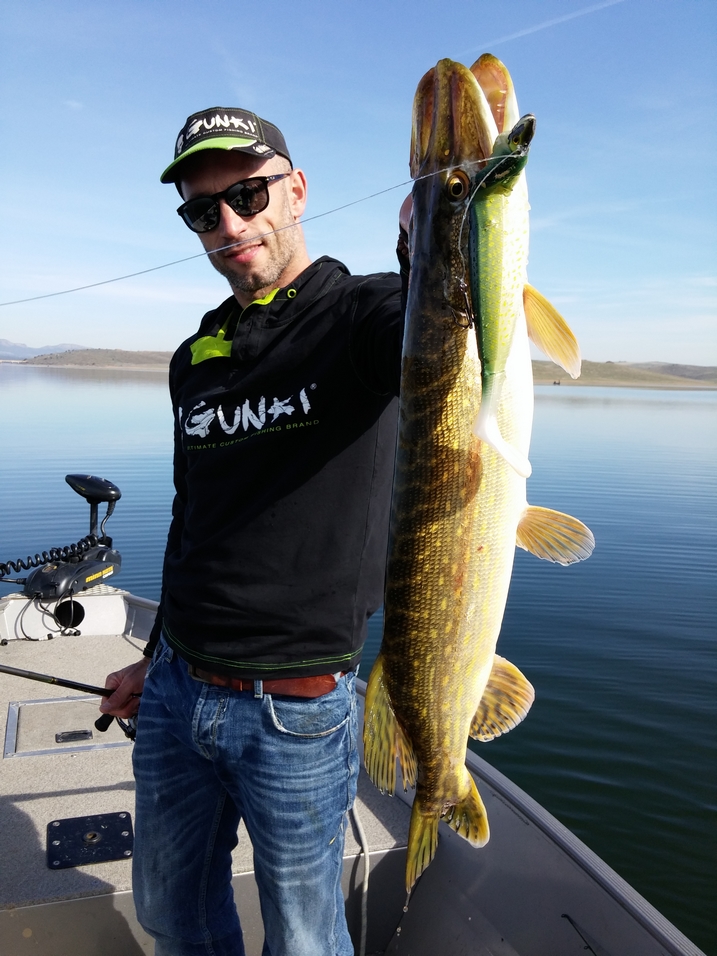 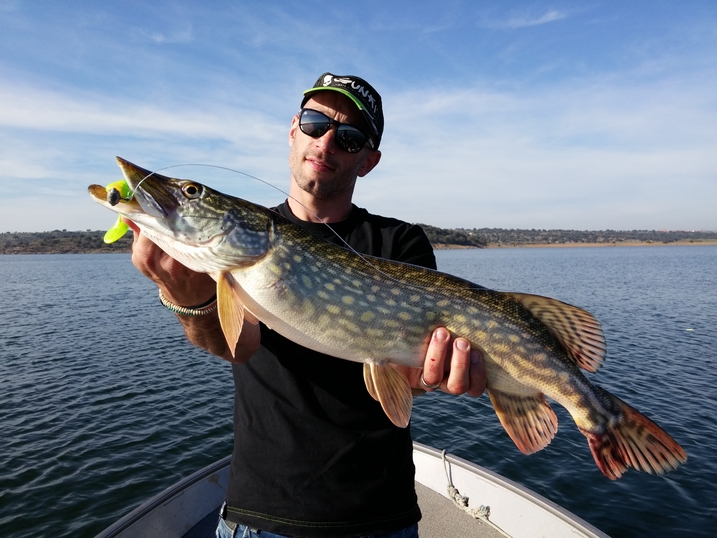 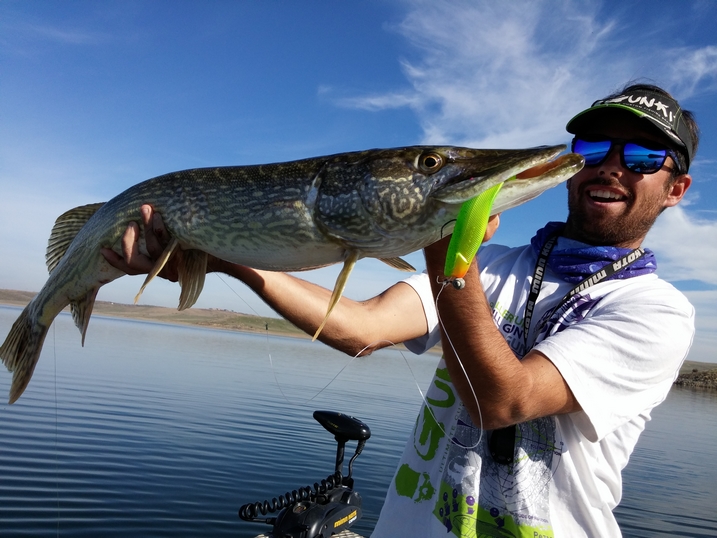 Be it in the thick of the shoals of bleak, on rocky drop-offs or just in the middle of now where, our lures did the job, even so we decided to upgrade their size and use the 20cm G’BUMP. We instantly got more bites, but the average size of the fish stayed the same!

Olivier, thanks to his extensive knowledge of the lake, really showed that he knew what he was talking about and it was obvious he’s not a local pro guide for nothing! 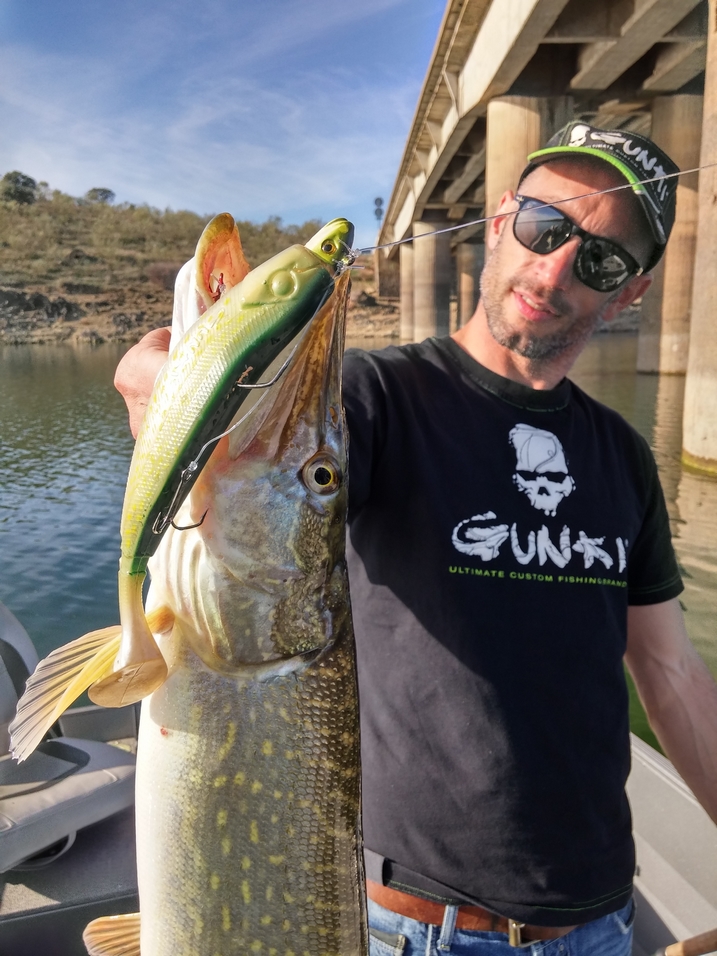 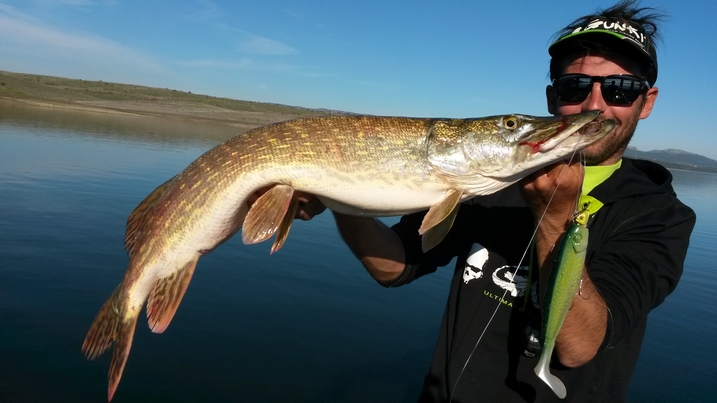 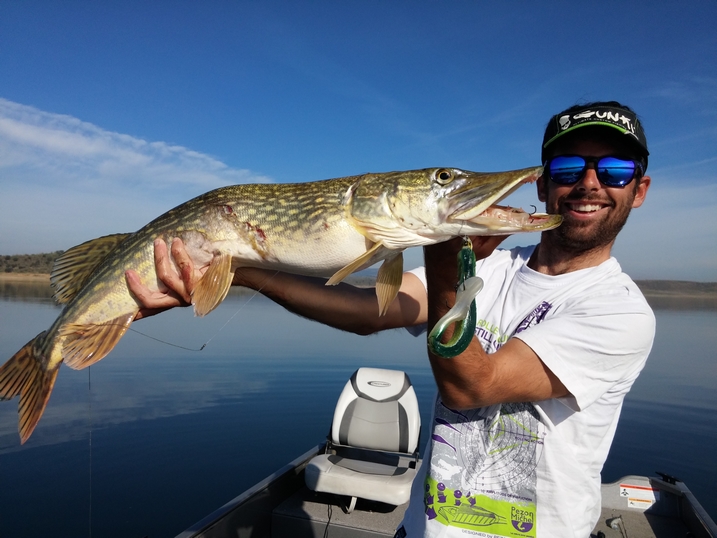 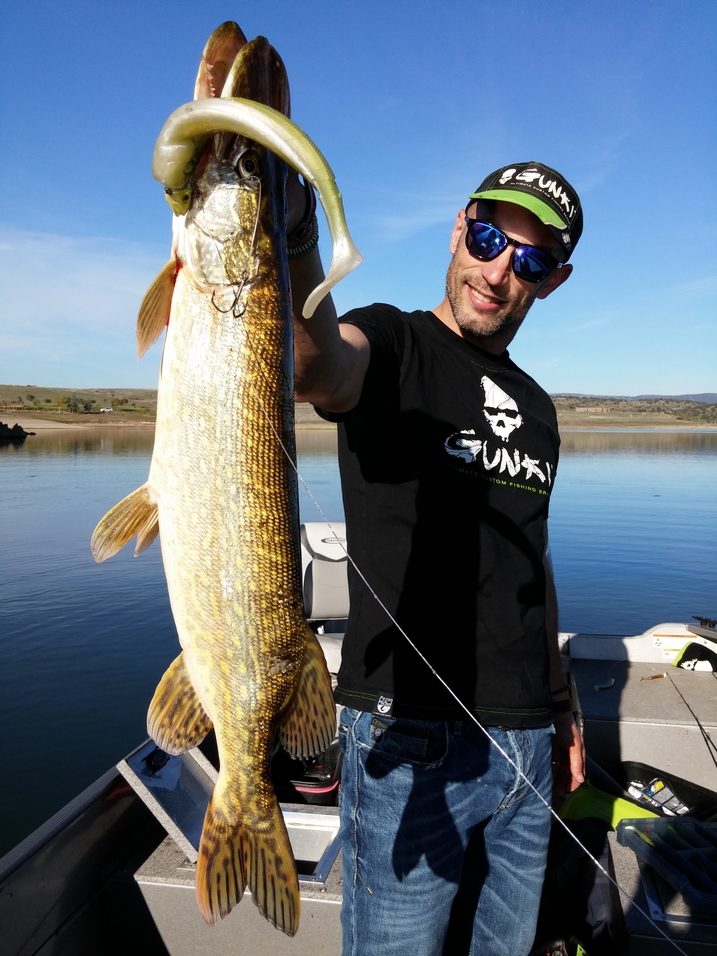 No monster pike, but a few around the 90cm mark and the big fish of the trip for Olivier with a 97cm one caught on featureless shallow zone that provided constantly all through the stay. 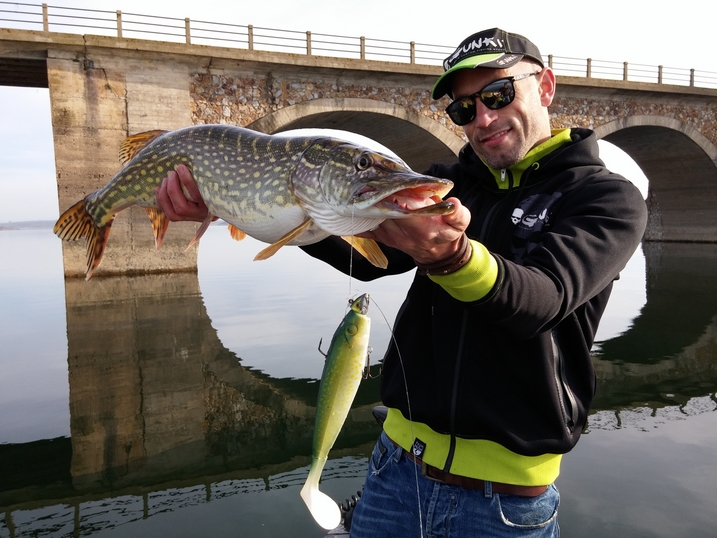 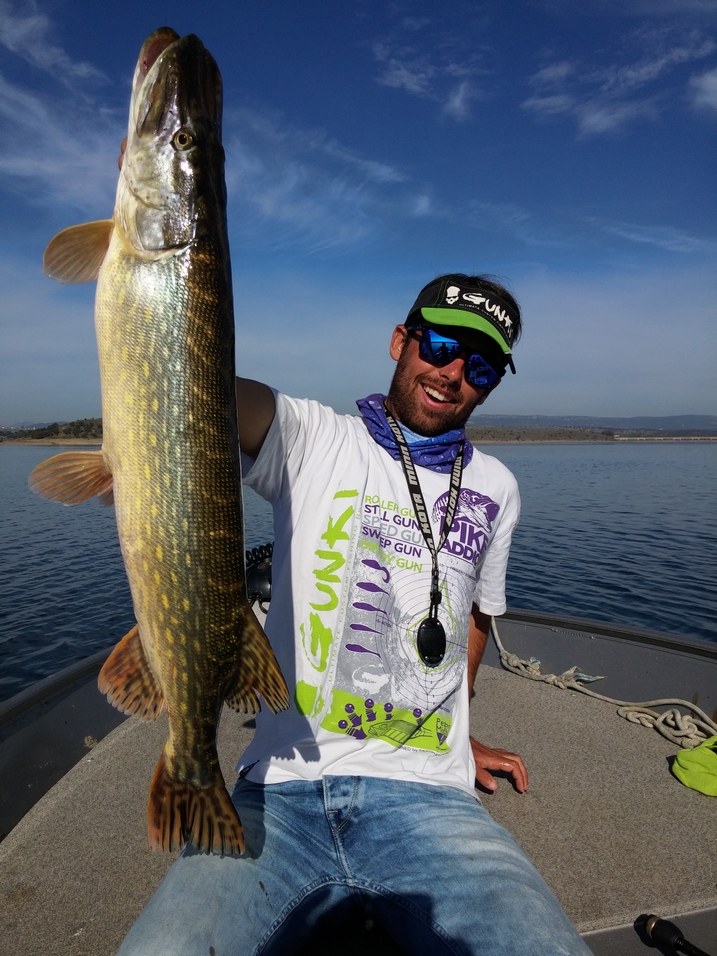 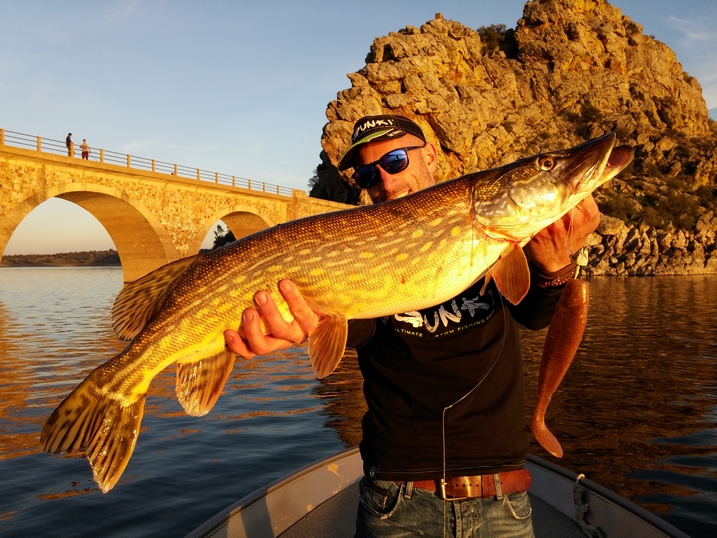 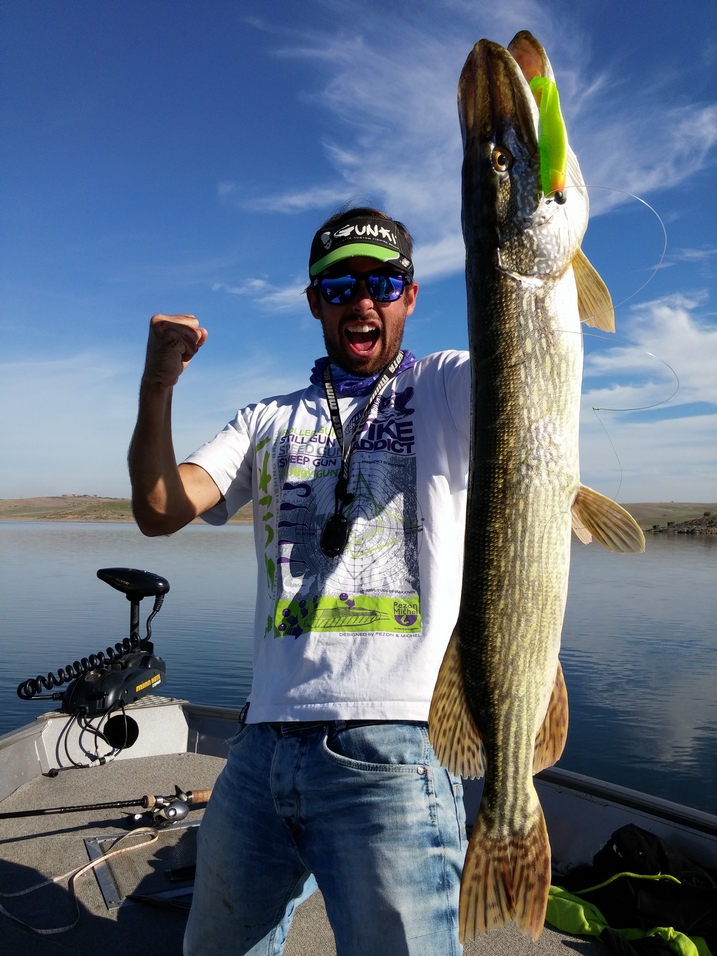 What a great time on a boat with a mate, blessed by a blue sky and summer like temperatures, 50 odd pike, even though it doesn’t look like it on the photos, mostly caught by Olivier!

If you want to discover this region and its insane fishing potential, check these links out: