By using and browsing our websites, you consent to cookies being used in accordance with our policy. If you do not consent, you must disable cookies or refrain from using the site. Ok
Home BIG PIKE ON THE GUNKI G’BUMP

BIG PIKE ON THE GUNKI G’BUMP

For over two years my belly boat had been sleeping in the garage… so, a quick call to one of my mates and 2 minutes later a belly boat session was planned! When we got to the lake the conditions were perfect so, without a second to loose, we inflated the belly boat and set out on the water. 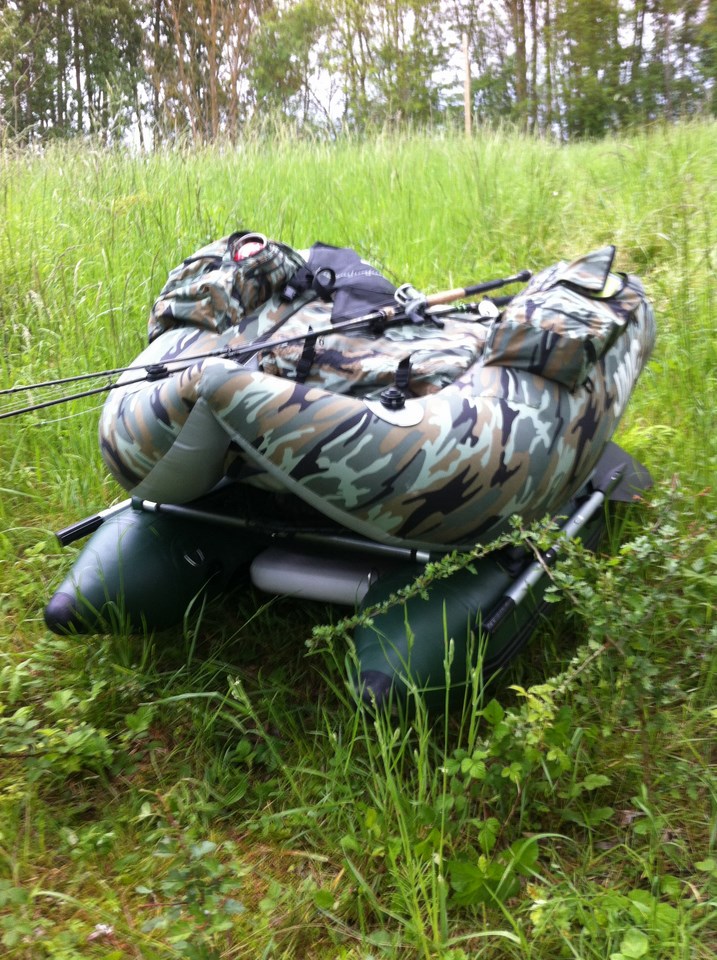 As usual, I started the session with a 20cm Salt & Pepper Gunki Roller Gun and I didn’t have to wait long before the first bites. The fish were literally hitting the lure at my feet, or rather flippers, it was priceless to be able to see them attack so closely.

A few more casts and the first fish of the day posed for a photo. 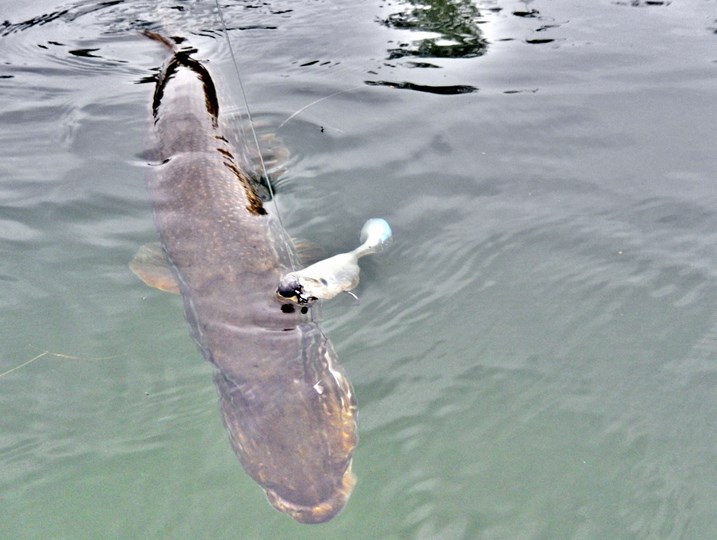 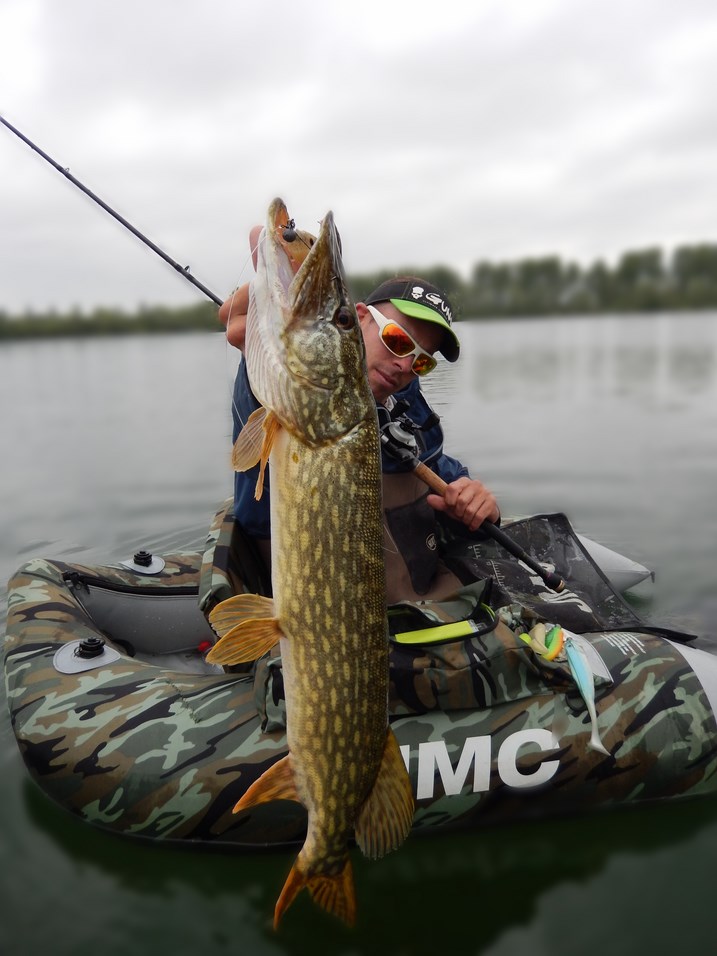 We continued fishing and shortly another nice pike fell for my Roller Gun. 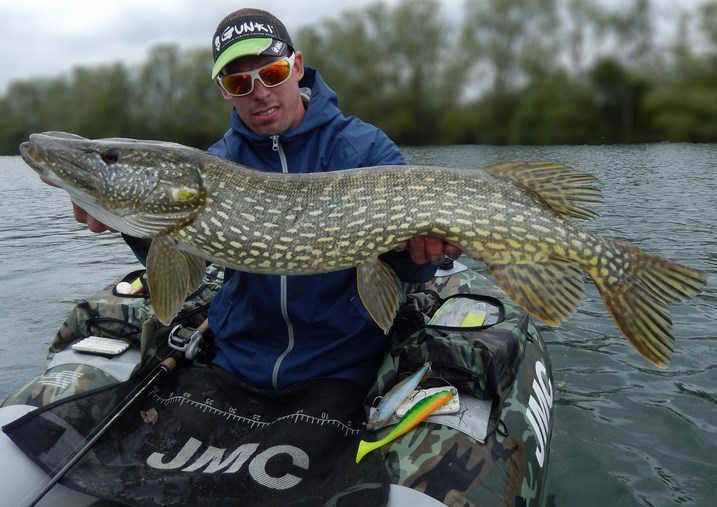 Things were looking good! Suddenly, my mate shouted that a really big fish had just followed his lure. He was adamant that a metre plus pike had followed his lure, literally with its nose touching it, right up to his belly boat then turned tail and swam slowly away. I explained to him that when they act that way it’s almost impossible to get them to bite.

Well I did say “almost impossible”, so I paddled up to him and we bombarded the zone where the fish was! I tried everything, a Roller Gun with a Fix’Flash blade and half a dozen other lures, but the more I thought about the pike’s reaction the more it seemed a waste of time. I have hardly ever been able to get a fish to bite once it has reacted like that. So, l decided to give one last cast and tied on a 20cm Brown Sugar Gunki G’Bump. I rigged it on a 10g jig head as there was only 3-4 metres of water and I was going to fish it really slowly. 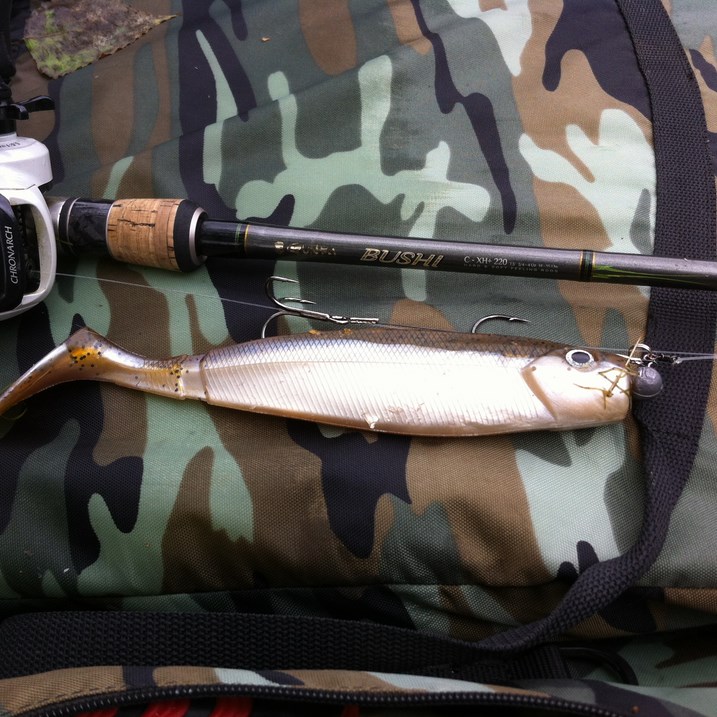 I casted as far as I could and as soon as my lure hit the surface, started reeling it in. After only a few metres it stopped, or rather it was stopped, STRIKE, my heart skipped a beat as it felt like I had just set my hook into a tree trunk. A massive head butt, followed by an insane rush that almost ripped my Bushi XH out of my hands… I had hooked a big… a very big fish!

The fish was giving me a really hard time so I call out to my mate and asked him to come over and give me a hand. Suddenly, the fish surfaced in between our belly boats, at last we saw the fish, it was one enormous pike. Unfortunately, it was not hooked very well, just on the edge of its mouth so I was going to have to be very careful when landing it. My mate passed me the Pezon Specialist Boat landing net and I prayed that it was going to be big enough! I put the net between my legs, reeled in and at the same time leant back and watched as the fish swam straight in. Well almost, at least a third didn’t fit in! I couldn’t believe my eyes, the pike was just massive! 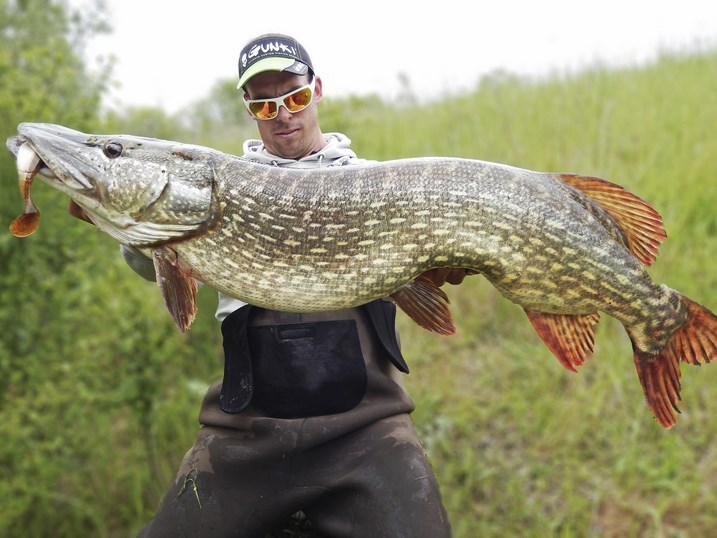 The fish was even more special as it was a real team effort… my mate found it, I caught it and we will both remember it for years to come!