By using and browsing our websites, you consent to cookies being used in accordance with our policy. If you do not consent, you must disable cookies or refrain from using the site. Ok
Home ZANDER GUNKI V²IB STYLE

Once again we have a fairly mild winter with temperatures ranging from 5 to 3 ° C. I had recently received some new gear from the 2015 Gunki range and there was a new bait that I really wanted to test: the new V²IB, so, time to get out on the water.

Half past eight and the boat was out on the lake. Conditions were mild with a “warm” 4 ° C and light winds; no doubt, vertical fishing was to be the technique of the day. The water was at 5.2 ° C and the previous days we had found active fish in fairly shallow spots for this time of year. I finished rigging my Shigeki S 190MH and tied on the new 14.5cm Gunki V²IB rigged on a 17g round jig head.

My expectations of the V² IB were high due to the relatively soft rubber body, the slender shape and small tail. Added to a thin dorsal fin located towards the end of the lure, it is obvious that this finess shad will be a slow speed killer! This new soft bait is available in 4 sizes (7.5 cm, 10.5 cm, 12.5 cm and 14.5 cm) and in 7 colours. I use the Gunki safe GM Bag as it is ideal for storing rubber lures still in their packaging and it can hold half a ton of other gear! 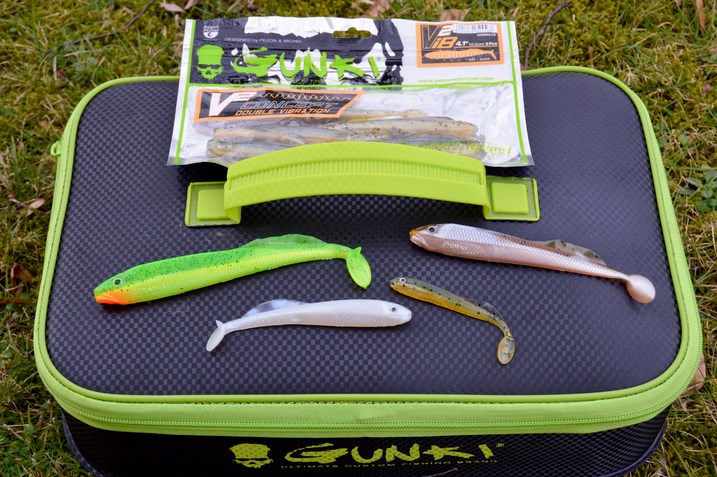 Fishing in 8-9m, the wind made the boat drift slowly and the 17g jig head enabled me to never lose contact with the bottom. In this spot, over the last few days, we found the fish on higher zones at around 6m. As soon as I reached this hot spot, a zander smashed into the white flash Gunki V²IB as it drifted by, lure approved! 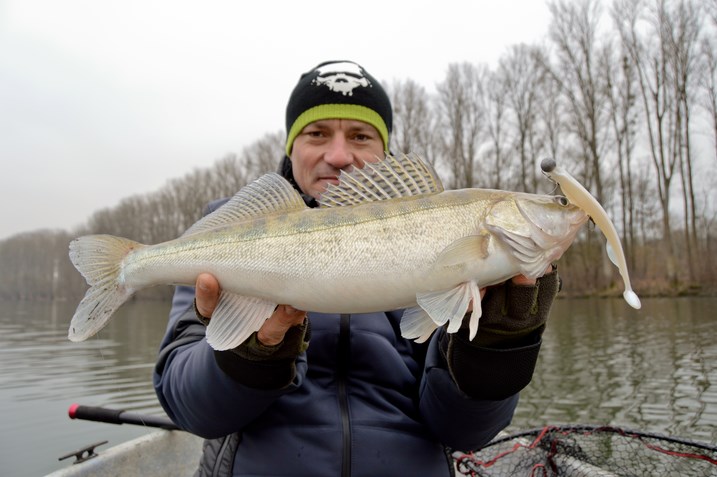 Perch tend to prefer a slightly more aggressive animation, i.e. rapid lifting of the lure. After a few small zander and missing a couple of bites, it was time to call it a day.

My new Shigeki C-210H had just arrived which was perfect as I was really looking forward to using a more powerful rod. It has a strong backbone and is yet sensitive enough to feel the slightest nibble. You can detect every rock or branch as your lure comes into contact with them, the info just flies along the blank straight to the palm of your hand. 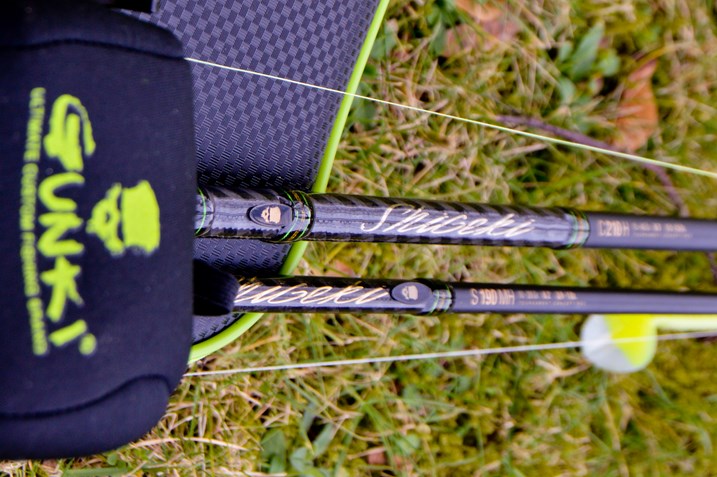 Ok, blame it on the rod; I just had to go fishing to test it!  This time I decided to go with a good friend, Sebastian. As soon as the boat was loaded we headed to the same hot spot, in the 8-9m zone. Sadly we only caught a small zander so we decided to start earlier the next day to see if that would make a difference. We met at 7am, a light wind (11 km/h) and a frisky 3°C, led us to conclude that fishing would be the same as the previous days. Not so, we quickly discovered that the fish were not to be found at the usual depth but had gone deeper. They were holding at 10-13m deep hiding along ledges and in hollows. We both had “unstrikable” bites on the first drift; Sebastian opened the score on the second one with a really nice zander. Like the day before, they wouldn’t respond to aggressive style animations but to slow lifts, almost motionless, the 17g jig head was a real asset in keeping contact with bottom. Just as I was lifting my lure, suddenly I had a wrist breaking hit and the strong head shakes confirmed a nice zander was hooked. 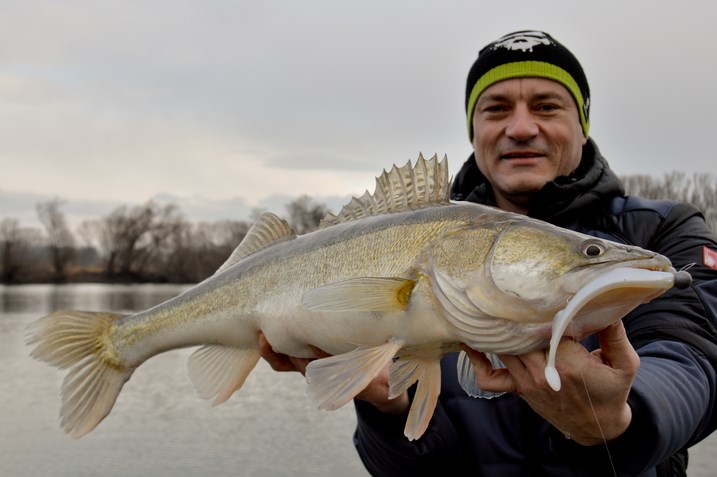 And once again, thanks to its subtle vibrations, the lure of the situation was the new Gunki 14.5cm white flash V²IB. What’s more, the new Shigeki C-210H was christened with a cracking fish, what more could you ask for? I love this rod, it packs enough power to cope with even larger fish, and yet remains sensitive enough to feel tiny bites.

Sebastian then had the next 2 bites but he was unable to hook either of the fish. Then suddenly a lightning fast strike rewarded Sebastian with a nice zander not far off 60cm, this time on the Fire Ttiger Gunki V²IB. 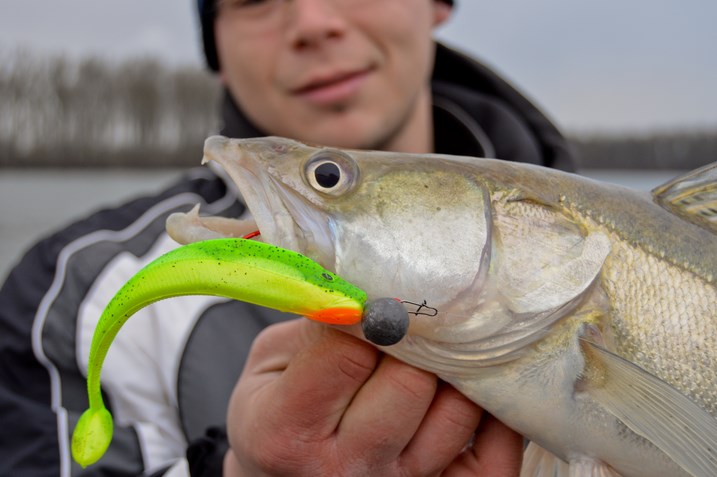 We then fished up to nearly 12am and ended the day after a series of missed bites. We caught all our fish between 10 and 11m, fishing was hard but already looking forward to the next session.