Over time I have slowly but surely slid from being an exclusive die-hard pike angler to a more all-round technical approach of the sport. For the last 2 years I have spent best part of my fishing time in search of perch and zander and if I have learnt one thing, is that this style of fishing is highly addictive! Using light gear for maximal sensations, pitting my whits against such unpredictable opponents just make it even better, and when you catch that dream fish...what more can you wish for? 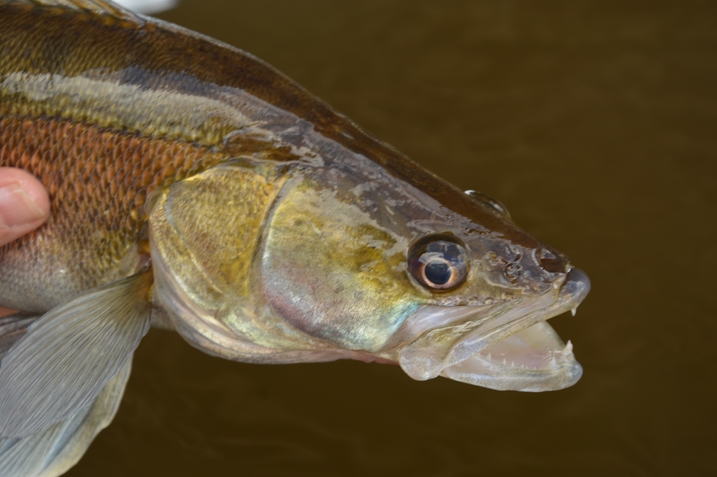 Last weekend we planned a day of perch fishing on one of the big lakes in Holland. Together with my fishing buddy, Ruben we fished a couple of hotspots and within an hour the first fish was landed; a cool zander of approximately 50 cm. It always feels great to have landed the first fish and get some feedback from ‘beneath the surface’. We spent the whole morning hopping between different promising spots that we fished systematically. 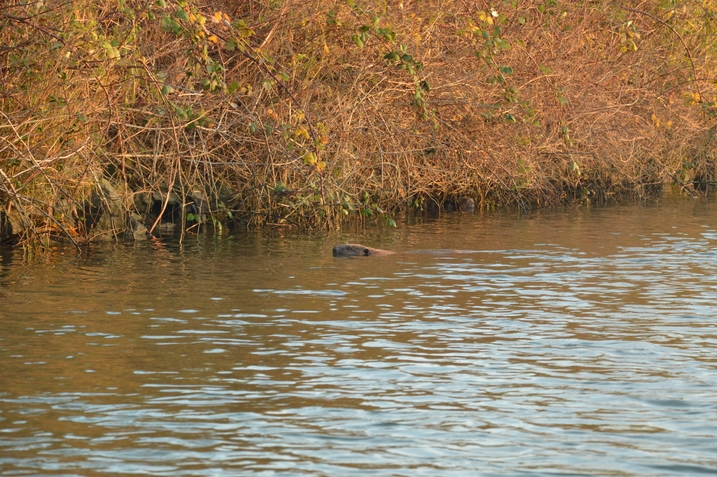 A beaver is not afraid of our presence

All the spots we fished seemed promising but didn’t deliver any bites. After a promising start we just didn’t seem to be able to trigger the bites. It might have been due to the insane weather change; in the morning we started with a clear sky and hardly any wind, but during the day a chilly wind picked up and with it came a huge fog bank. Luckily, the visibility was still good enough to keep fishing safely but the conditions had are completely changed.

A couple of hours later I finally managed to catch a small pike on a GUNKI G’BUMP. Not the right species but, at this moment, any fish was welcome! My buddy Ruben knew another spot where he recently had had some good fishing but, the spot was almost 30 minutes away. A quick check of the petrol we had left was all that was enough to convince us that we could make this long ride. 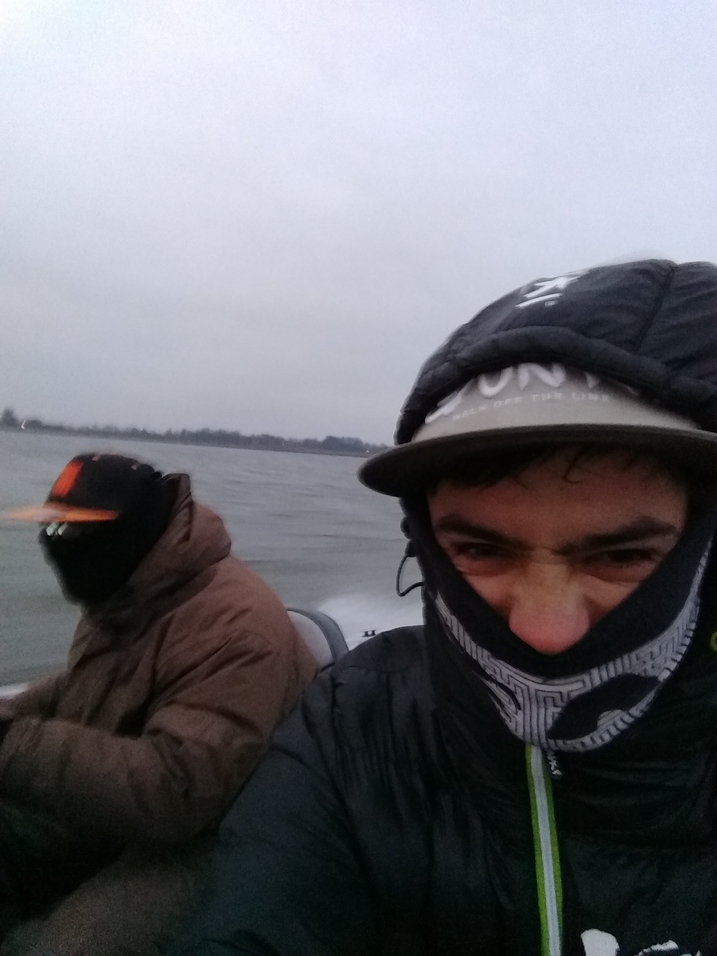 Driving the boat in miserable weather

The wind had increased to a strong 4 Bft which mad fishing and controlling the boat a big challenge. We pulled into a sheltered bay and began fishing. As we cast into a shallow area I suddenly heard Ruben strike and turned just as he set the hook on a fish. Fish on! A heavy perch appeared on the surface and I slid it into net. Yeah! A 47cm perch was exactly the fish we wanted, mission accomplished. 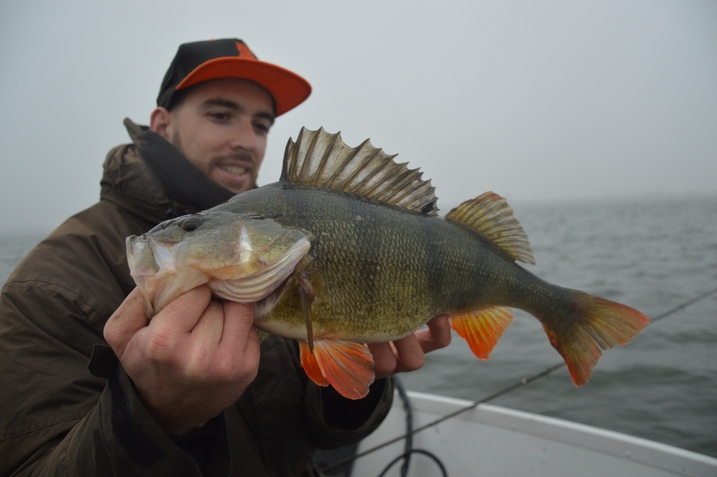 After releasing this beauty we drifted back to where we had started to fish this shallow area, hoping there would be more fish to be caught on this spot. No more than 50 meters further I also got a bite on a GUNKI V2IB. My cold body filled with adrenaline and all my senses are on fire. This could be another big perch.

It had been a while since I had caught my personal best perch; 48 cm. A big ass fish, but I knew that bigger ones where just waiting to be caught. Last summer I had managed to equal the 48 cm mark three times but, of course I wanted to catch a bigger one. At last as I watched Ruben skilfully net it, I knew that I had beaten my record! 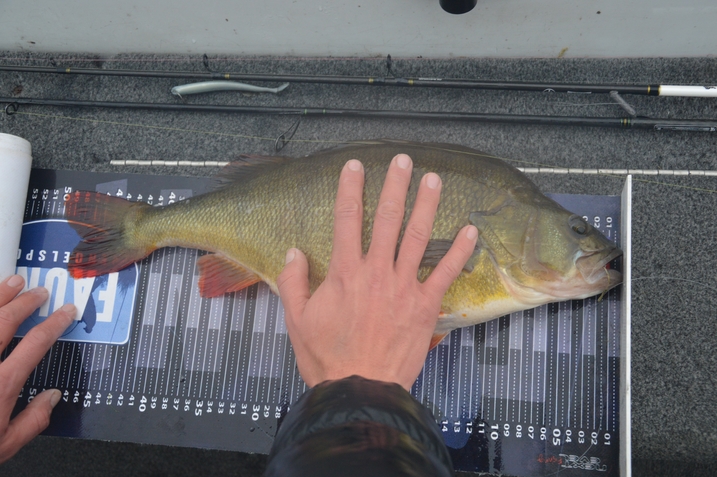 A quick look into the net confirmed what I had already seen; this one was really huge! We took some photos and measured the fish. 50 cm! Carefully we took its weight, it was one wide and fat perch; the scales tipped at a cracking 2,33 kilos. A true monster perch! 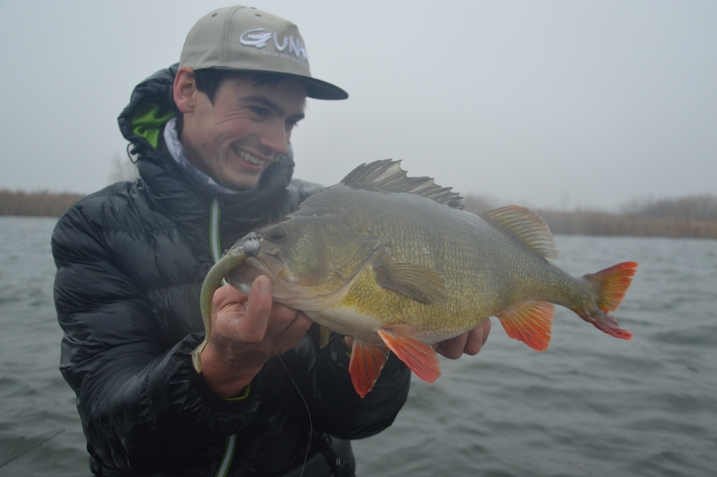 The GUNKI V2IB, the lure for specimen fish

My next challenge: Catching an even bigger one!